Insect mouthparts include several appendages including the mandibles and, as here, the maxilla,
Dorsal view of left maxilla of Six-spotted Tiger Beetle from the same beetle as HERE.
The outer long shiny green part is the maxillary palp which can often be seen in a live beetle. What this beetle lacks in the sharpness
of the mandibles seems to be made up for in the sharpness of the inner part of the maxilla. 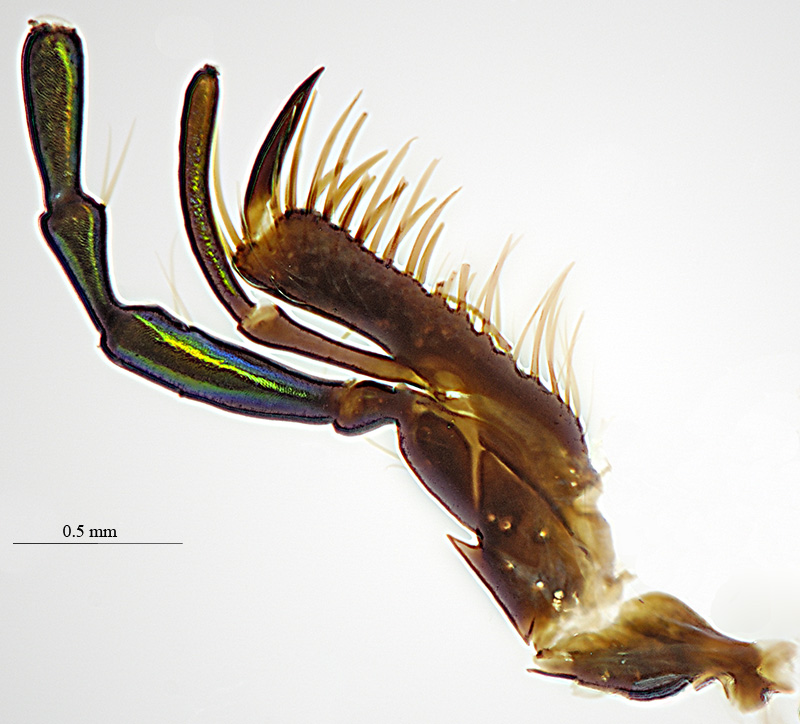 Very nice work Tony. Are the maxillary palps sensory organs or do they help manipulate the food into the oral area?
Take Nothing but Pictures--Leave Nothing but Footprints.
Doug Breda
Top
Post Reply Previous topicNext topic
2 posts • Page 1 of 1