I had a moment stuck away from home with nothing to do, and this interesting little spider was hanging in a dark corner outside the front door... 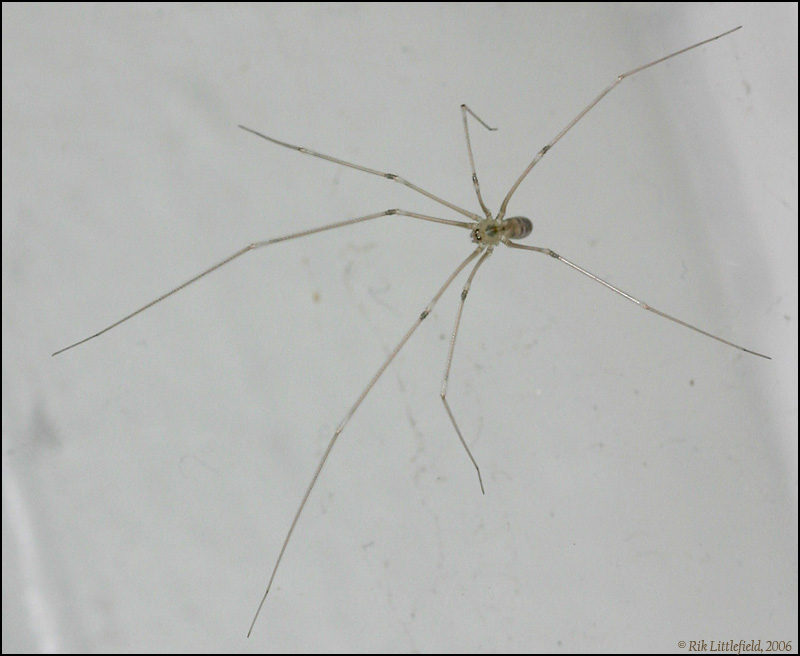 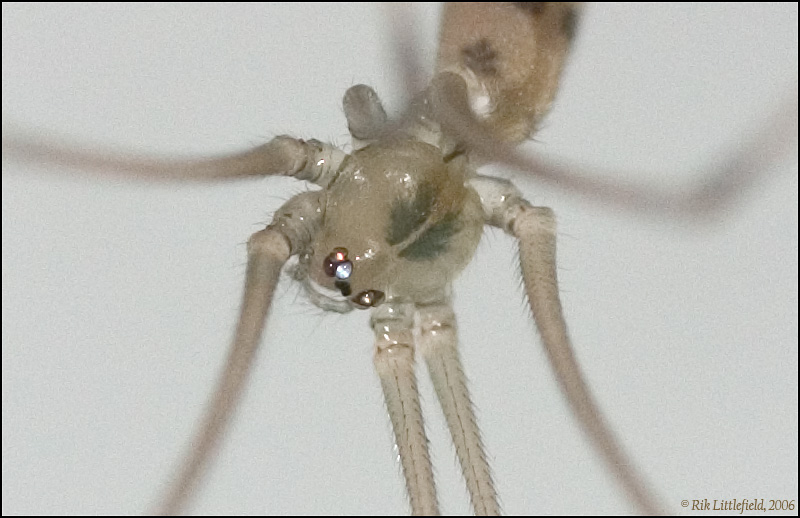 The eyes of these spiders are organized as two groups of three (one group on each side of the carapace), plus a smaller median pair, black in this picture. Judging from these shots, the inner eye of each group of three seems to be strongly retroreflective -- perhaps a different angle would show that all the eyes have the same feature.

Their webs are not adhesive, but instead have a very fine irregular structure that mechanically traps prey. I could not even see the web, but when I tried to reach the spider by probing at it, clearly there was web at least a half-inch around the beast.

Wikipedia has a good article about these spiders.

PS. Ken, there was another one of these beasts inside the house, over the sofa. But it was much bigger -- must have been at least 3" legspan!

I've got these things hanging around my house too or something like them. When it comes to IDing spiders, I usually find something more important to do.

They are more of an annoyance than anything else. I think Wim, I'm not sure, made a post saying that they eat other spiders, which is good.

very strange grouping of the eyes Rik. The ones I have in my house don`t get that big. Sometimes if you disturb them, they shake their webs and bounce around (which I see it states in the Wikipedia article). Out of all spiders, I dislike these the most...Just plain creepy

I have these guys hanging all around my back patio. Actually, they're pretty cool. I haven't seena any eat any other spiders but I have seen them eat just about anything that falls into the web. Our little mutt likes to snap at them in the webs