Ah...back on the net. My computer has been in the shop the past 4 days. Now I can once again experience the joys of reloading and reconfiguring all my software and preferences.

I recently Ebayed an inexpensive microscope objective, an M plan 5x Nikon objective. M plan, from what I can gather meant the objective is flat field and meant for metallurgy. Probably Ken Or Charles would know far mor about it than I do.

I attached the lens to tubes and a bellows to get the 210 mm extension that this lens is meant for (the length of the microscope tube.) The image is a composite of 22 images. I was very pleased at the results, particularly the resolution. 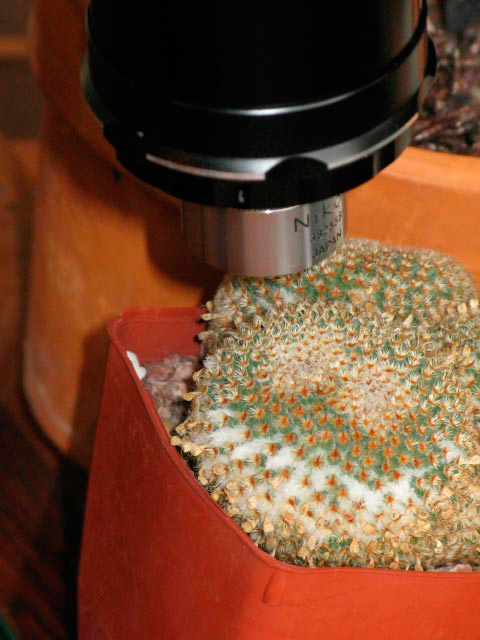 Using the full frame sensor of my Canon 1Ds Mk 2, the visual field is a tad over 5mm for a magnification of approximately 7:1. 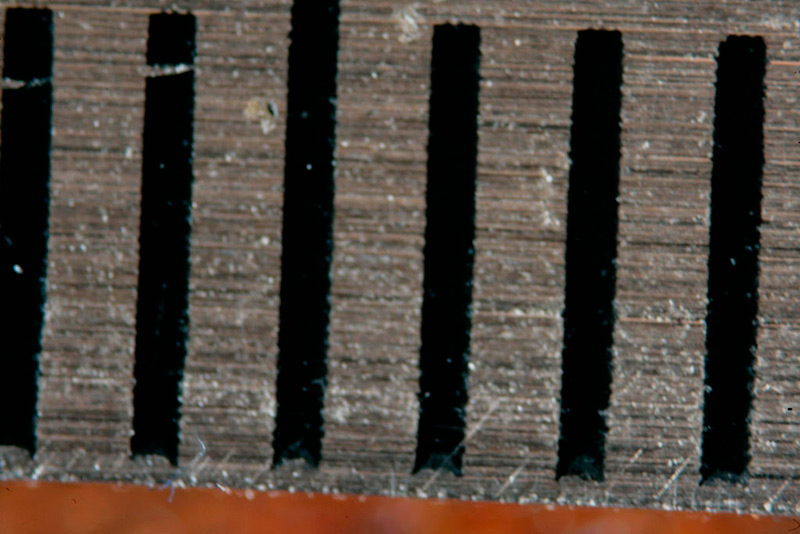 Nice work, Irwin -- I'll bet this objective has got you hooked now.

I'm impressed that the objective will cover a full frame with good quality. Objectives are really only designed to cover the field of an ordinary eyepiece, typically 16-20 mm diameter. But this one seems to be holding up well even in the corners. There's a tiny bit of CA, not likely to be noticed by most people, and easily removable with PTLens in any case.

PS. It's odd that you're getting 7:1 from an objective that's nominally 5X. I wonder if you're measuring that extension the same way Nikon does. For the usual "160 mm" tube length, the actual measurement is 150 mm from base of mounting threads to the image plane. I don't know how the 210 mm tube is measured. If you are using more extension than the design spec, it's probably a good thing in this case because for a low power objective like this, more extension will enlarge the circle of highest image quality without causing any other problems.
Top

Welcome to the world between macro and micro

The Nikon M-Plans are "metallurgical" objectives. As such, they are intended to be used without a coverglass. This doesn't matter too much at the lower powers (5X, 10X) but when you get into higher power objectives (20X and up) it is an important characteristic for this type of use -- on bellows as a "macro" lens. It means much less spherical aberration.

The other intriguing aspect is that they made some that were fully corrected for chromatic aberration in the objective itself... older "biological" objectives typically used some chromatic correction in the eyepieces. I am not 100% sure, but I believe this was also the case with the older "M" style objectives. They also made some higher magnifications with greater working distance than normally encountered for their magnification. These are labeled "LWD", "ELWD", or "SLWD".

As you have shown us here, they can give excellent results. The older ones may show some chromatic aberrations toward the picture edges. More recent ones were of Nikons "CF" design and are better as far as chromatic aberration is concerned. (Unfortunately when they made this change they did not mark the objective barrels with the "CF" designation as was done with their "biological" objectives).

You'll probably find you can get good results at higher magnifications with even more bellows extension, but with your full frame 1Ds you don't want to go less than to 210mm. (And even at 210mm you may find that the edges using a "full-frame" camera may not be as good as the center).

Just about all currently manufactured objectives of this type are now of "infinity" optical design. These should not be used on bellows as "macro" lenses.

Thanks viewing and your kind comments, Joan.

Rik, thanks for your kind thoughts. I guess I am hooked. I find this magnification range fascinating because it sits just beyond the edge of my vision. I can almost see what my photo will be like, but not entirely.

I suspect that I am under reporting the extension by 10 to 15 mm. I measured my extension very simply, I took a scale and measured from one end of the bellows to the end of the tube into which I screw the objective. At 5x, I would have expected the visual field to be 7 mm instead 5+mm (Assuming that my sensor is exactly 35 mm.) I did not measure extension to the film plane.

You anticipated my next question concerning using the lens at greater extensions than originally designed for to make sure of image coverage.


You are right Rik. Definitely hooked. I am afraid you will see more from the magnifications 'twixt and 'tween macro and micro.

Thanks for the interesting information Charlie. I have been fascinating by by the thought of using an objective as a macro lens. Although I had done a fair amount of research on the internet, its good to hear from someone who knows the field. I suspect that the lens is one of the newer lens that is corrected in the objective itself.

Unfortunately, I learned that markings on an infinity focusing objective the and the need for a secondary lens in the tube the hard way.

Wonderful work Irwin. I cannot wait for more photos. How are you mounting the objective to the front of the bellows?
Take Nothing but Pictures--Leave Nothing but Footprints.
Doug Breda
Top

Doug, I have an adapter with M42 threads on on side and a home with royal screw threads on the interior. I use several tubes which I screw into the front of my bellows. 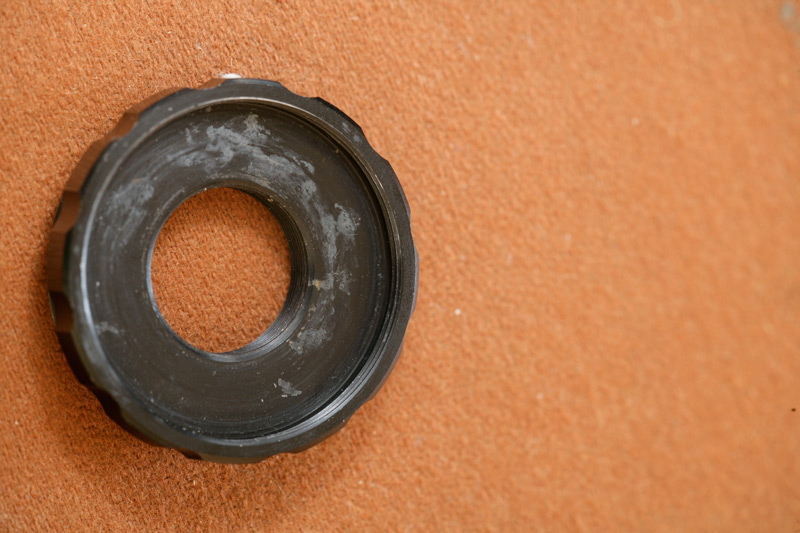