I bought a used Mp-E 65 a couple of months ago.
I managed to get close to a damselfly on my first day out with the new lens, a female Enallagma cyathigerum, with damaged wings 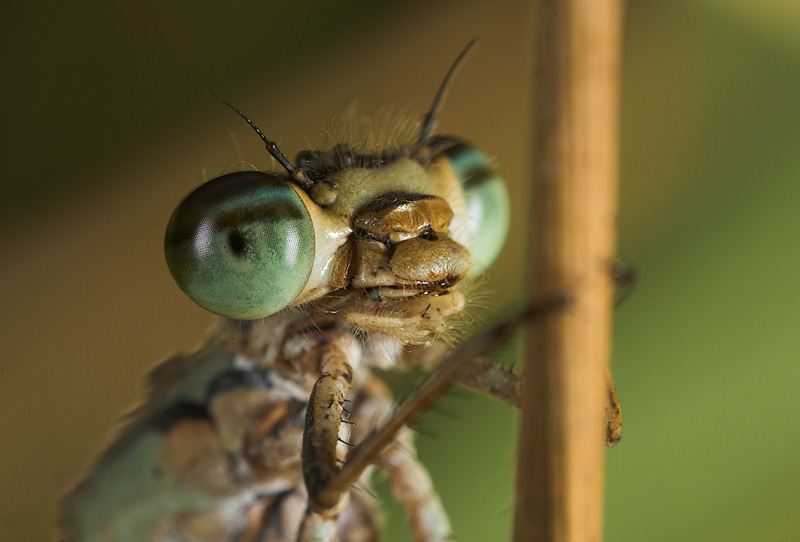 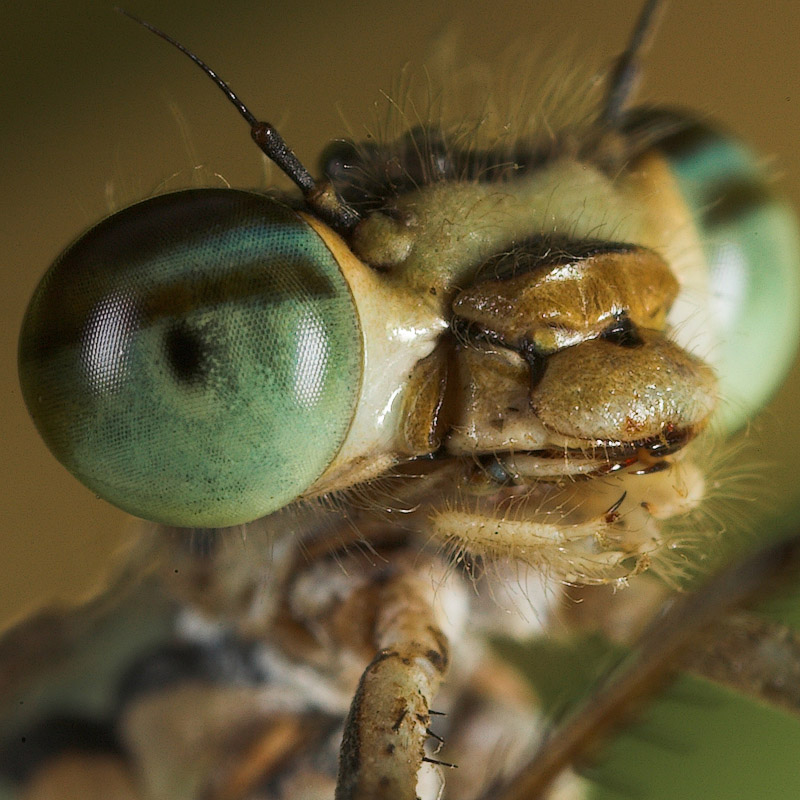 A 50% crop of the picture above, giving a better look on the different mouth parts used to handle the prey captured.

I tried afterwards to fix the damaged wings on the female, and after I got them seperated from each other, I realised it had only three wings.

Yep that second image is what I really call a "close-up!" Nothing like "keeping an eye" on things. Great photographs there Erland, looks as though you and the MP-E 65 make a great team.

The second shot in particular has amazing detail. Perhaps the damsel lost the wing while escaping from a predator, but it sounds like doom was merely delayed, not avoided.
Mike Broderick
Oklahoma City, OK, USA

Handheld?
The meaning of beauty is in sharing with others.

I hope to one day be able to take fantastic shots like these Erland!! Excellent!!

Thank you all for comments.


Mike B in OKlahoma wrote: Perhaps the damsel lost the wing while escaping from a predator, but it sounds like doom was merely delayed, not avoided.

I found this female perched on a straw at the edge of the water. The wings was stuck together, like they can do when the damselfly has just emerged. I don't think it has ever flown in it's short adult life, it was a rather newly emerged specimen (judging by the colours and wings etc). It might have been attacked by another more mature damselfly, shortly after emergence.

I picked it up and placed it at a suitable place where I could photograph it. Took quite some pictures, including the one shown. Then came the rain for one and a half hour, and I waited under a tree. Went back to the damselfly, hoping to get some pictures with waterdrops on it. I did so, but they turned out worse than I had hoped for.

Done with it, I now carefully seperated it's wings, which was kind of fused together. I managed, but it had only three wings, and it would not fly, or even do an attempt. So I put it back on the straw where I found it. These insects die so quick in nature of so many natural causes, but still I felt a bit sad by witnessing the miserable adult life of this single damselfly.

No, as always I use my monopod and ball-head. Most people use a tripod with this lens I guess, but some do it handheld too. It worked out pretty well with the monopod, but that's what I'm used to. The problem is more that the lens and even more the mounted flash at the end of the lens, pushes the leaves and other things that the insect might sit on. That is how close it gets. Actually the damselfly, which could not fly away, a couple of times kicked out with all six legs at the lens, trying to scare me away

I didn't notice till just now that you are using the Sigma ring flash. It did the job here. Are you pleased with it in general? (I already have the Canon MT-24, but it is still of theoretical interest to me).
Mike Broderick
Oklahoma City, OK, USA

Mike, the flash is mounted just like the canon conterparts 14 and 24. I tried the Canon 24 at a friend the other day, and it would perhaps be a bit less in the way of leaves etc.

Unfortunately the flash started malfunctioning after some shooting in the rain, only one flash light will fire now. Guess I should sort that out this winter.

Excellent Erland. Lots of great detail and the DOF looks great for being such a closeup.