These two pics were taken a bit later during the same day as my last posting. There were quite a few individuals and one large ring of about 30 heads dotted around the lake. Their cap colour ranged from dark red (mainly the young heads) to orange-red on the older heads.

I'm a bit of a softy when it comes to something as beautiful as this and would have felt guilty picking one to photograph the gills - yes I know that it's just a fruiting body but they look so ...well...magical. Fortunately this one had already been knocked over when I arrived so I didn't have to wrestle with my conscience 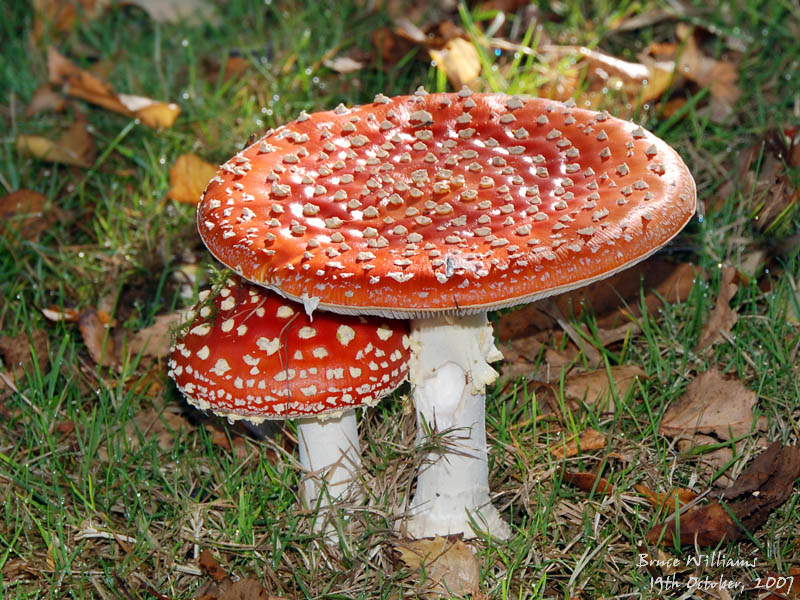 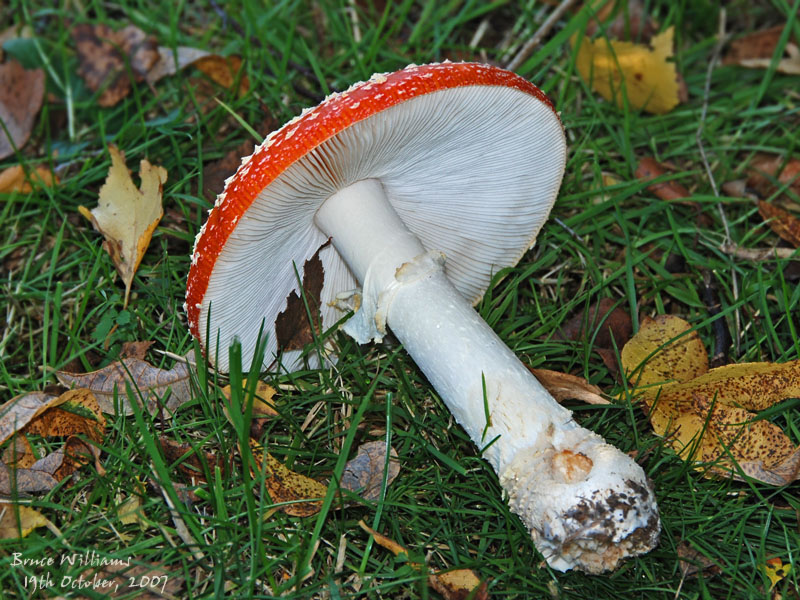 These sure are pretty. If I remember right, if they are pretty, you should not eat them??
Sue Alden
Top

Once again you have taken my breath away with these beautiful pictures of very beautiful muchrooms Bruce. A supurb posting. Thanks for sharing.

Super great pictures Bruce..Yes Definitely warning colors on this mushroom. Like Ken stated....very poisonous. Beautiful lighting on the larger cap.
Take Nothing but Pictures--Leave Nothing but Footprints.
Doug Breda
Top

Thank you all for your comments - they are much appreciated.

Personally I wouldn't knowing consume even the smallest amount, however it appears that not everyone thinks the same way. Here's a short comment from the Food Standards Agency here. In addition to this webpage there's a surprising amount about folks consuming the fly agaric on Google.

Although they are not a rare species, these were the first Fly Agarics that I had ever seen (outside of a fairy-tale book) and I was pretty excited about it. The location is an uncomfortable 2 hour drive from where I live but I plan to pay another visit as soon as we get a sunny day forecast (fingers crossed).

They are lovely specimens. Can I ask where you found them?

I live in South Beds, and there is very little fungi about. Apparently the Farnham area is quite good now.
Top

Ooops. You have already told me on another forum. Doh!
Top
Post Reply Previous topicNext topic
8 posts • Page 1 of 1