Leaf Hopper: So that's why they're called sharpshooters

Leaf Hopper: So that's why they're called sharpshooters

While I was in the process of photographing the leaf hopper (Graphocephala fennahi) in my last posting see here I noticed that a small blob of clear liquid suddenly appeared on the leaf a few inches from the hopper.

I guessed it must have come from the hopper but didn't know where from. Anyway I did a bit of Googling and found out that as it is feeding the leaf hopper produces "honeydew" rather like an aphid.

I took 48 images of the tail as quickly as the Nikon D80 would permit and managed to get 2 frames with the honeydew on the tail. I had hoped to get a pic of the honeydew "in flight" but no luck this time. I'm going to try again.

Anyway here are the pics (note the scale bar on pic2): 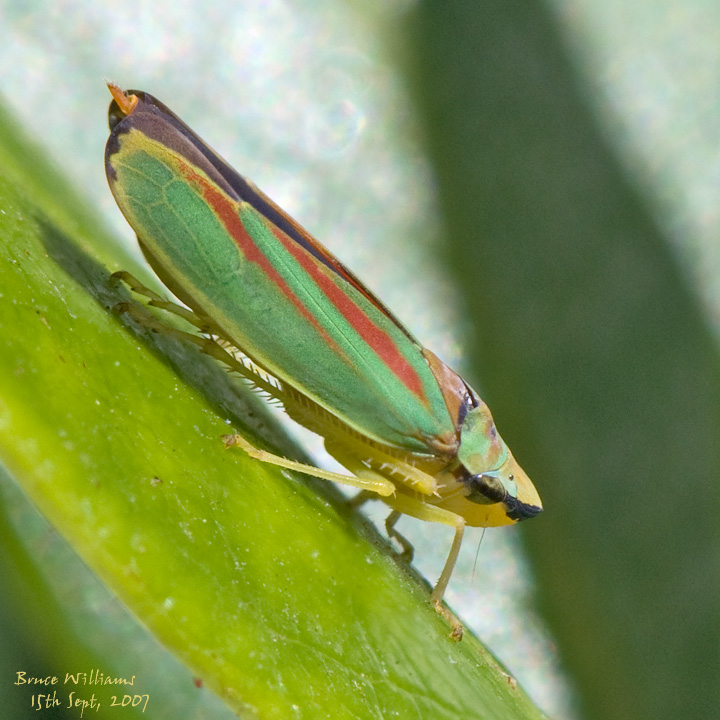 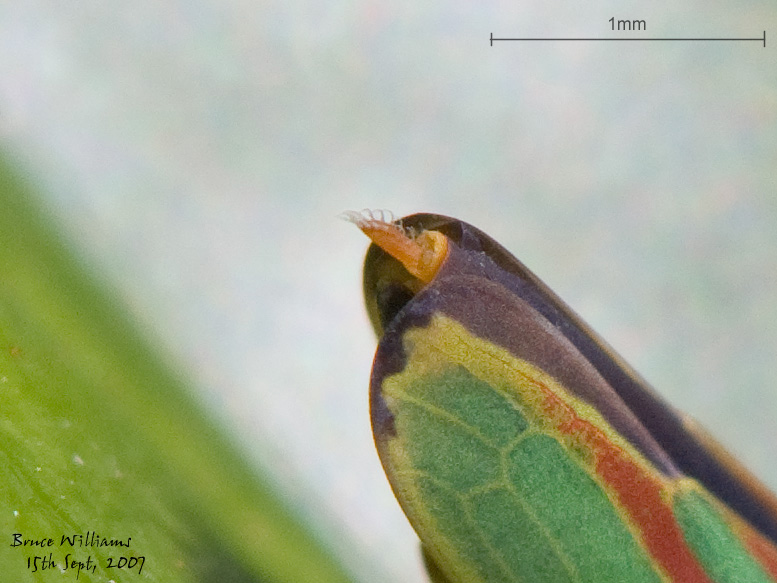 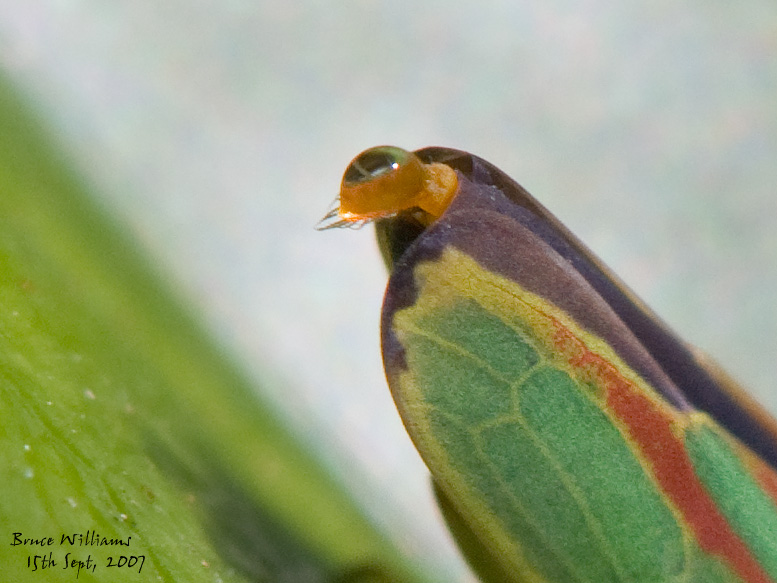 These photos provide a great explanation for how these little critters squirt that stuff. Somehow it had not occurred to me that they just flick it with their tail, but the second and third images together don't leave much doubt about how the process works.

WOW...really incredible. it looks like that little hand looking thing with the hairs is some kind of honeydew flipper. Excellent study Bruce.
Take Nothing but Pictures--Leave Nothing but Footprints.
Doug Breda
Top

That is realy interesting Bruce! I had never realised they did that, I mean the shooting! My car is full of the stuff:) I now realise it doesn't help to park it several meters from the trees in front of my house. They realy aim for it!

I am a bit silent again but I am trying to use the last free hours I have of the season, which was terrible this year, to shoot some insect portraits so I will have something to post this winter.

Was it also that wet in the UK, Bruce?

Thanks for your comments guys - always appreciated.

Wim - According to our met office we have had the wettest summer since records began in 1914. We've had some severe flooding too and that's had a noticable affect on insect populations (and my pic taking opportunities too

A well observed and photographed event / sequence, Bruce - looks like you're getting used to the new gear ok

Thanks Paul. I've been feeling more confident with the D80 + 105mm VR macro lens since I started using a monopod.