Death of a Slime Mold/Mould

Death of a Slime Mold/Mould

I have read several times about Cryptic Slime Mold Beetles, which devour the spores of the fruiting bodies of Slime Molds, as depicted in the below image. 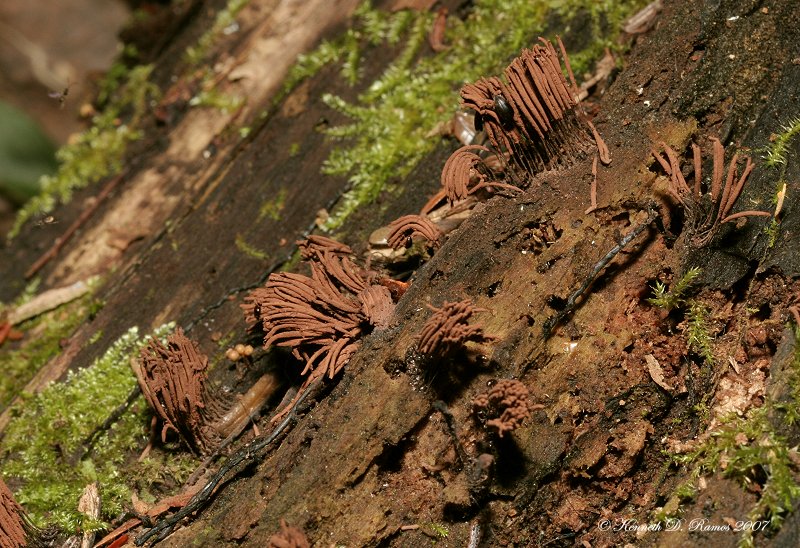 Looking closely at the upper right hand corner, to center, and elsewhere too, one can see the beetles as they devor the spores off of the sporangia. 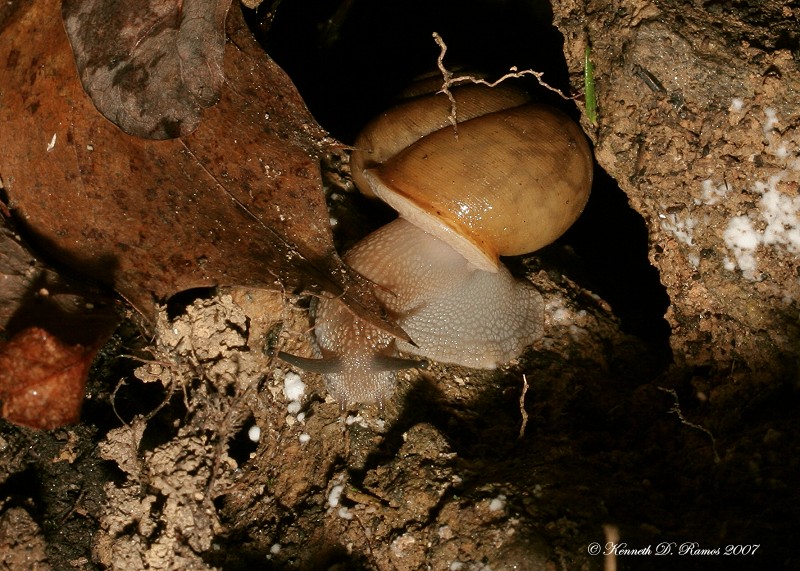 It has also been noted, that snails and slugs will feed off of the newely forming fruiting bodies and also the mature as well. The garden snail, I presume, was found in the area as the Stemonitis axifera above but was not engaged in gorging itself on the mature sporangia. This image is shown just for being what it is. 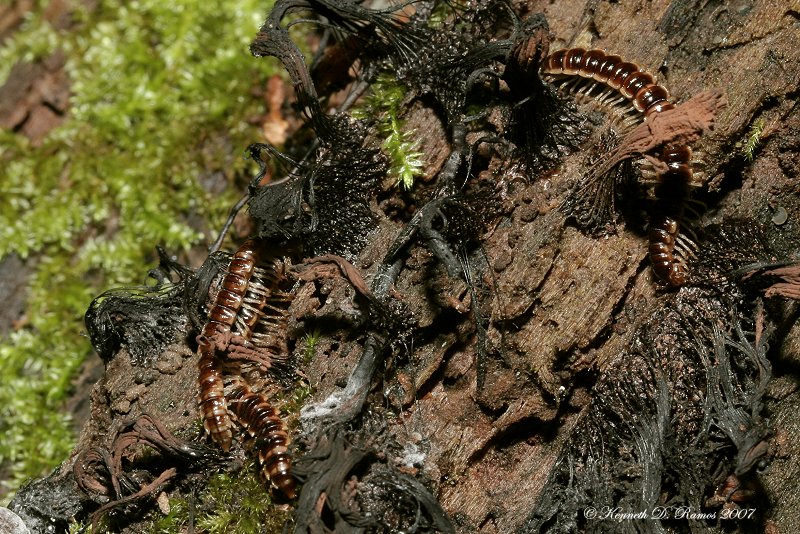 Though I am not implying that this is anything new, it is just that I never have read where that millipedes feed off of them also. The result as you can see is devestating but I have seen Cryptic Slime Mold Beetles leave behind the same. There are also traces of fungal hyphae to be noted also in this last image.

Fascinating! #1 and #3 make a really nice progression. I am amused by those fruiting bodies collapsed over the back of the centipede, upper right on #3. Focus and details are excellent. But I can't quite tell -- are these the same area at different times?

Great images Ken and interesting write-up. I have seen the millipedes go after the slime mold before, but never really gave it much thought.
Sue Alden
Top

Excellent photos Ken. You can see a couple of different sized beetles in Pic #1. maybe pic #3 is one for the books

But I can't quite tell -- are these the same area at different times?

Same area Rik but just different assemblages of sporangia. Pic #3 was taken below #1 where there were fresh fruiting bodies present and nothing had had the time to ravage them fully.

Great images Ken and interesting write-up. I have seen the millipedes go after the slime mold before, but never really gave it much thought.

This is the first time that I have seen them go after slime molds. I have noted in the past that of the beetles and to date I have yet to see slugs or snails foraging on them. I believe the latter forage on them only at night for some reason.

Excellent photos Ken. You can see a couple of different sized beetles in Pic #1. maybe pic #3 is one for the books

I was wondering if anyone would notice the size diversity of the beetles, they are quite hard to pick out in the image. Good eye Doug!

Very intersting shots Ken. I have not personally seen this kind of activity around Stemonitis. These are also excellent natural history teaching tools.
My prevoius to last time out found enourmous numbers of centapeids infesting one of my favorite logs. I can imagine the damage they could have done but no myxos present.

Myxo's can indeed be confusing. One day they are there after a heavy dew or rain and the next they are gone or have not propagated at all. Then again snails, beetles, and these millipedes may have devoured them. Thanks Walt!