I'll dig my own way

I'll dig my own way

On a cloudy day in Sweden my photo-friends found this beetle, called "Skarnbasse" in danish, which freely translated means a naughty and fatty guy

The genus should be Geotrupinae.

They did not attempt to photograph it, as they are so dark and hard to get good photos of, but as I very rarely have seen an insect like this, I had a go. 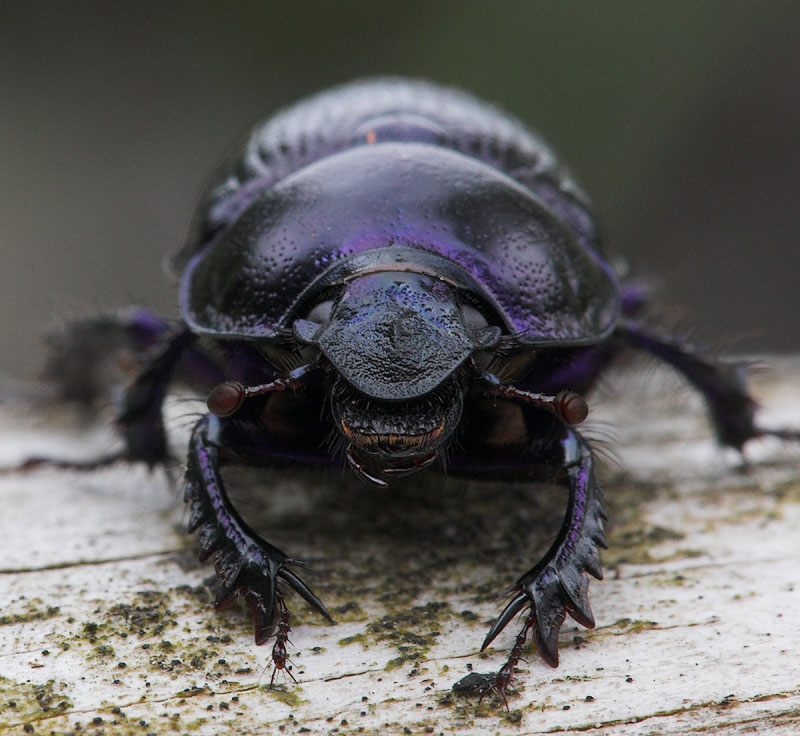 I think they should make tunnel digging machines based on this design. Looks much cooler than the normal drilling machine.

You did a great job with this character Erland.

So about how big is the "fat guy" then?

What a neat purplish sheen. I'm glad you gave it a go, the results are worthy.
Mike Broderick
Oklahoma City, OK, USA

I can see where he would be a difficult subject, but you did a great job with this image.
Sue Alden
Top

An Excellent photo Erland. This is commonly called a dung beetle. These are the ones you see on TV rolling cow dung into big balls and than they lay their eggs on the ball and bury them. They Have that nice shovel head for plowing into the ground. There are different species for different kinds of dung. I remember one show on the "Animal Channel", the lady was studying the ones on dog poop