I took a series of pictures of a fascinating small cactus, Mammillaria lutheyi. I was fascinated by how the cactus seemed to behave as a fractal. All of the images are stacked

Since it is a series of 5 images that should be seen together. I was hoping that the posting police would be kind and consider a one time dispensation that allows me to combine todays's posting with the posting I would do tommorrow, if I promise not to post tommorrow. In the words of Wimpy, I will gladly pay you Tuesday, for a hamburger today.
At 1/2 lifesize 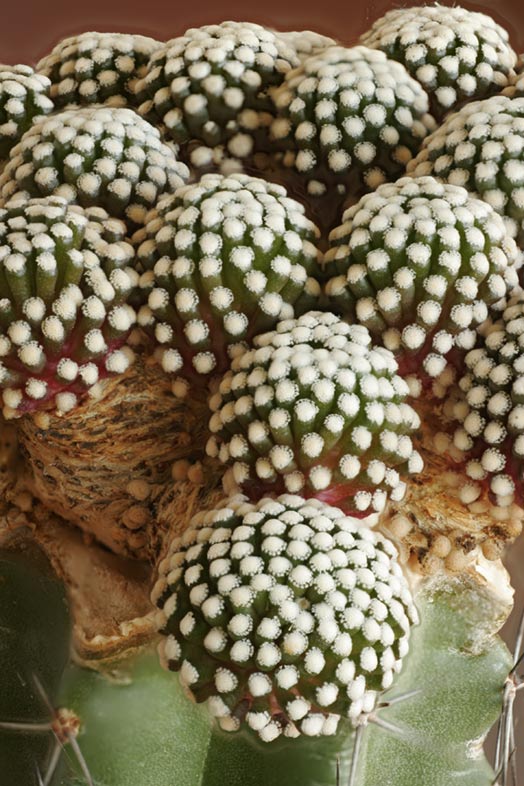 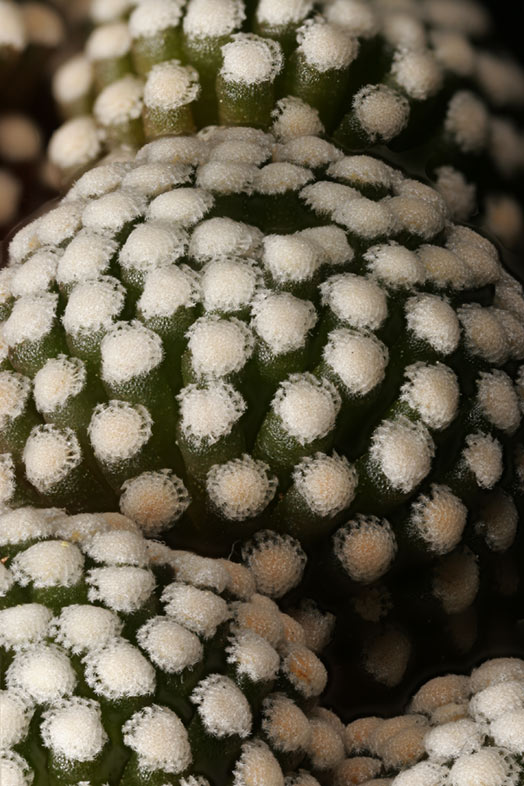 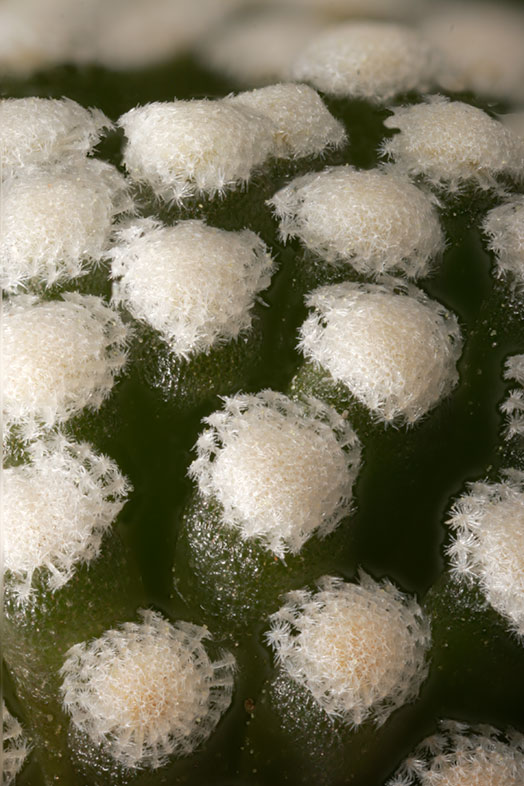 If I run too far afoul of the guidelines, please remove the last 2 imagfes and I will repost them tommorrow.
Hope you enjoy.

Hi Irwin. What a great set of stacks. Are we looking at small spines? Looks like it is a grafted cactus also , right? You would never guess what they looked like until you see the small detail. I have to tell you "yes" you will have to remove the last two pics per the guidelines. When the whole world is on broadband we will be able to post as many as we want

. You can edit the post yourself and please do repost tomorrow. We do not want to miss out on the closeups

One of the cacti I planted in my hardy cactus garden (Echinocereus reichenbachii v. baileyii) is blooming and I have to work both days this weekend and I may not see it open because of it closing before I get home.

Doug, I think you may get lucky. Echinocereus flowers often last several days, and some do not close at sunset,though it would be a pity to disrupt the violinist.

The first picture of a that I took of a cactus that I liked was of my baileyii. Unfortunately is has long since succumbed to mealies.

Doug, I apologise for not answering your questions yesterday. This is a grafted niniature cactus that has clumped into many small heads. It is one of the few times my procrastination has actually caused a good outcome. When I first puchased it, it was a single small head on a graft. During the dwinter, it browned out, shrivelled, and lost all its spines and tubercles. I moved it to the coner of the greenhouse reserved for the trash patrol and forgot about it. (Cleaning was never my stong suit

By spingtime, when I was about to chuck it, I saw tiny peeps of green. One year later, the indiviual heads in the cluster are 2/3s the size of the initial head.

In the first pic, you are seeing the better part of the cluste. In the secon, you ar seeing several heads. The series progress until the last of the five(in a subsequent post) where you se a single spine cluste.
take care.

We also often found this with Mammillaria lutheyi Irwin. After flowering it's tubercles often seem to shrivel in the winter a bit and a new set grows out of the centre next year.

Everything about this plant iseems unique.