Had a bit of a time with these images. Number one there was a slight breeze which kept things moving around and number two, these shots are hand held and I had problems maintaining a steady position besides trying to keep a steady hand. I guess it is all part of getting old, you wobble a lot.

Really I should be using my monopod more.

Anyway I did not like the color as it was and I played with these images quite a bit until I got them somewhat to where I liked them. The blue channel of the image was pulled down slightly, giving it a more of a green tint but making the background colors a bit more pastel, which I liked and seemed to soften the lighting just a little. Now there may be some who think otherwise and of course everyone is a critic and entitled to their opinions but I rather like these and I do think the second one could be a little sharper with a bit more depth of field. 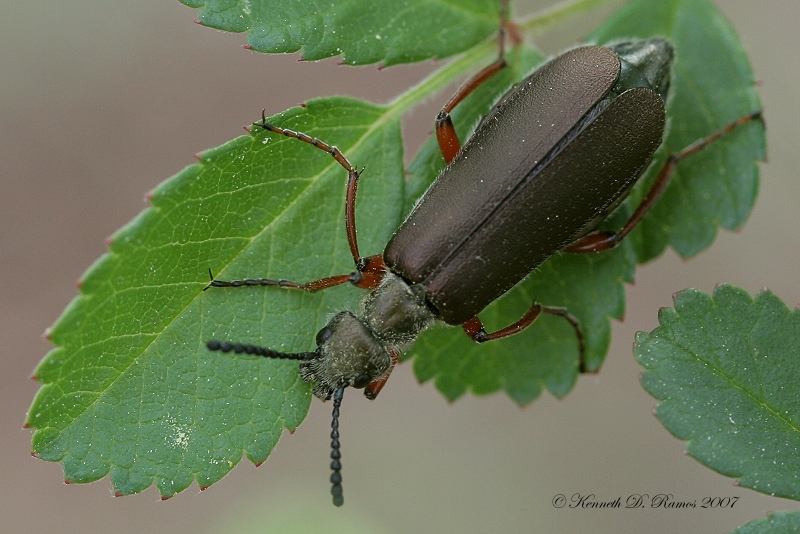 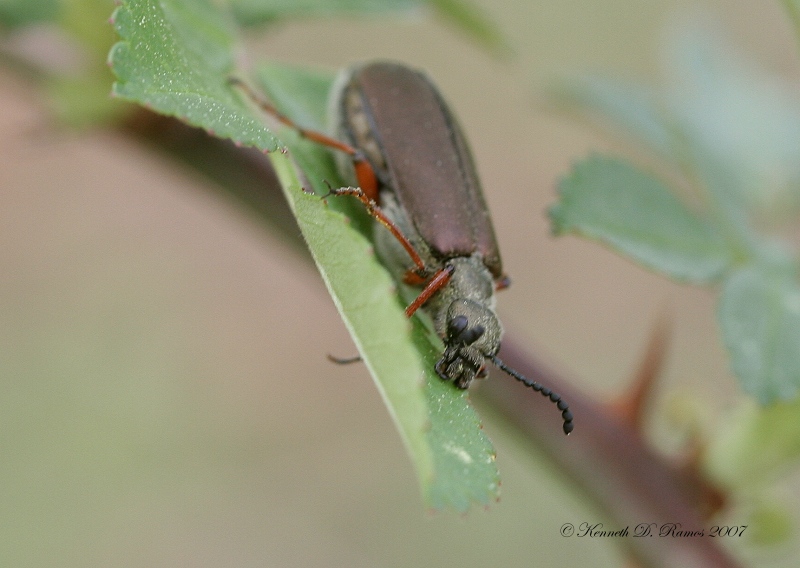 (Image data, same as above)
Selective focus here, I really don't like the antennae to the left being head on but you have to take what you can get and sometimes you don't really notice a lot of things until you get the image downloaded and can take a good hard look at things. Again a tripod or the use of a monopod could have helped to improve the sharpness of this image, I believe, since I was not using a flash nor had the lens stopped down sufficently for a better DOF.

For the trouble you say you had with this one I think it came out quite well. Neat blister beetle.
Http://www.armyants.org
Http://www.notesfromunderground.org
Top

I like these images. Ugly bug..but I suppose someone has to love it.

I remember folks talking about "Blister Beetles" back when I was a kid but never knew or gave any thought to what they were. The name sounded pretty much self explanatory to me so I never persued one to find out just how it came by that name and being a "toe-headed" young boy running bare foot through the foothills of East Tennessee, blisters were pretty much a common and painful thing as they were. No sense in getting a few more from a bug.

Ugly bug..but I suppose someone has to love it.

Yeah I suppose your right Sue. I sort of feel sorry for it now, poor homely little thing

Well, now that I have looked at it more, it is kind of growing on me. It is cute in its only ugly way

Well, now that I have looked at it more, it is kind of growing on me. It is cute in its only ugly way

I like the first picture..the way the leaves and the beetle are coming down from the corner at a 45* angle, and the colors match up very nicely

I guess you could say or could you, that there is a bit of harmony between the beetle and the leaves that it is on? Well what ever the case, I really had not noticed the angle of the beetle in relation to the leaves or in the composition of the photograph. I just knew that I liked how it looked. Good eye Doug

salden wrote:I like these images. Ugly bug..but I suppose someone has to love it.

Well, I know Pip my young Tarantula would love it
Crunch!