Journey to the Center of the Earth-Cricket

Journey to the Center of the Earth-Cricket 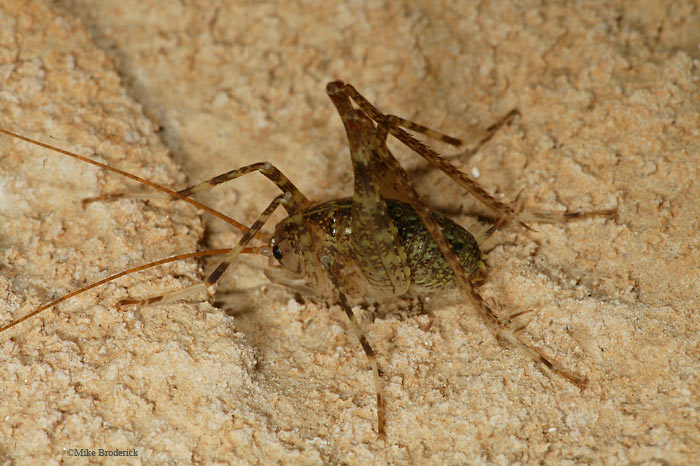 Some of you probably saw my posting in "favorite locations" a month or two ago about a trip into a cave in Slovenia that I made. I posted a cavescape or two, and a couple of shots showing how we went into an undeveloped area of a major cave in Slovenia. I also mentioned that I'd taken some macro shots of some of the cave dwellers. Overall, I wasn't pleased with these shots, they were taken in a hurry because we had to move to get to our next destination in time (a hide to shoot a European brown bear who didn't materialize). But here's one of them. These crickets live in the cave, but haven't been there too long, as their eyes still look almost normal. They've had time for their antennae to get REALLY large, though, and they're beginning to lose pigmentation. I'll check back in another 20,000 years, and see how they're doing.

Interesting! I guess this says something about what matters to the critters.

I'm imagining a parody of one of those TV ads:

, I found a crawfish in a cave once, there was a rather large pond in there and anyway the crawfish was white, as were some of the small fish in the pond. The cave was opened up by a sinkhole and that was rather a long time ago when I was a kid. If my folks had ever found out that I had crawled down a sinkhole and proweled around way back in a cave they would have......well, you know.

Nice shot, have any more of those cavescapes?