I've seen these little 'pod' things sticking up out of moss before, so I plucked a couple today and stuck one in front of the trusty Nikon CF 10x objective. I wasn't expecting to see _this_ on the end! 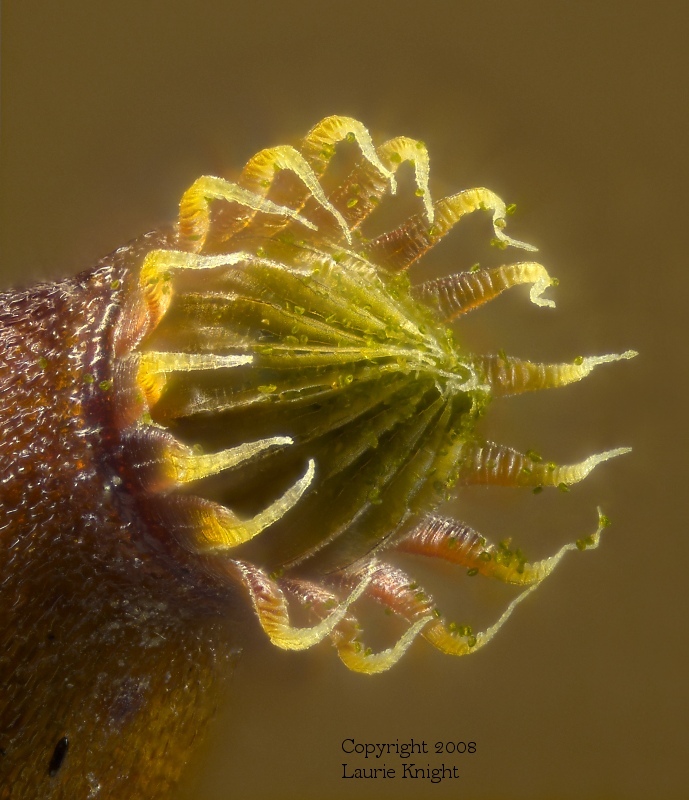 Stack of 59 images. Lens at around optimal extension for 10:1(ish).

For context this is the whole 'pod' 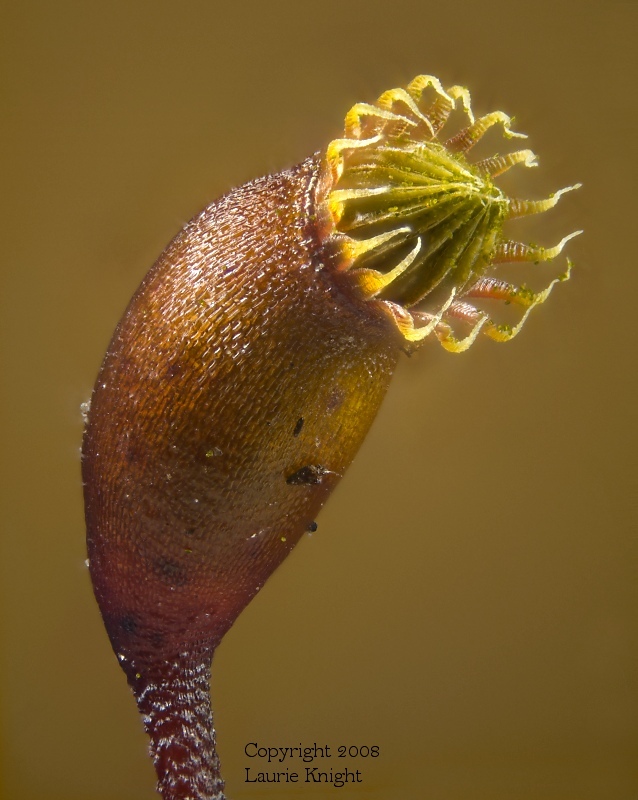 I've never noticed anything like this either. Of course, I haven't spent what you'd call a lot of time poking around in mosses. Yet another place to explore, I guess!

PS. You have some bits of streaky border showing on the right and bottom -- probably left over from the alignment process.
Top

Excelent renditions, Laurie! It's amazing what folks can find if they get their noses close enough to the ground.
Top

Thanks for the kind words guys!

Incidentally Brian (LordV) mentioned on another site that this is a 'sporangiophore' and apparently it opens up like a pepper shaker when mature!
Flickr | www.laurieknight.net | Blog
Top

It looks hungry. You should feed it!

Harold Gough wrote:It looks hungry. You should feed it!

wow...that' s what I call a detail! Very good...here is another image with "less" detail

Thank you for posting these Lauriek. I have been wanting to shoot this subject for many years. This is a good kick in the butt for me to photograpgh the many shapes and varieties of this subject. Well done.
Walt
Top

Here's another shot of a similar sporangiophore I found earlier today. I'm just putting the finishing touches to my vertical rig and this is one of the first stacks from it! (Well I say finishing, in as much as these things are /ever/ finished!) 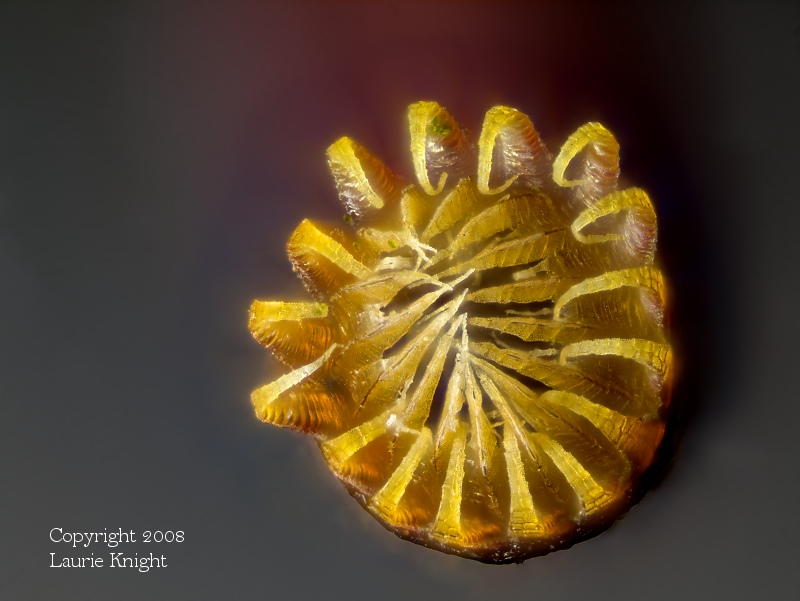 Laurie, these are gorgeous images!

I hope I won't be regarded as a quibbler, but one thing about the somewhat complex and bemusing terminology:
This bulky end of the moss sporophyt (the moss sporophyt is sometimes also called sporogonium) that contains and sets free the spores, is a sporangium.
In mosses this sporangium is often called the moss spore capsule. So your photos show a moss spore capsule or sporangium.
To be more precise, the last photo depicts the peristom of the moss capsule. Mosses of the genus Bryum have a peristom of such structure as in in your photo, but I'm not sure if it's safe to say that it's a moss of this genus.

The "sporangiophor" (phorein, Greek: to carry) would be the thin stalk only, that is carrying the capsule/sporangium. In mosses this stalk is often called the seta.

(With any of my ids, whether taxonomical or anatomical!)

So the whole stalk/pod assembly is the sporophyt, the 'pod thing' is the sporangium, and the inner part of the 'flower' bit on the end of the pod is the peristom (have I got that right?) - that's all good info, thanks!

In English, "peristome" with the trailing "e".