Spring is finally arriving in the Oregon Coast Range. Trillium are out, and my Phacus culture is starting to grow out as well. I also finally got some spare time and modified all my scopes to use 50W LED arrays in place of the 100W halogen lamps they had previously been running. This is my first set of pictures using the BX-60 with the LED-modified LH100 lamphouse. All shots are using either a UplanApo 40/0.85 or UPlanApo 60/1.2 water immersion objective, 1-2X mag changer, a Diagnostic Imaging 2.5X photoadapter and a Nikon D810, running in EFCS mode. The LED gives sufficient light to run with the electronic shutter out of live mode at 1/500th to 1/800th of a second, no flash required. With the halogen source, at higher magnifications running DIC I never had enough light and had to use a flashgun through the lamp. I will post some pics of the LED in the lamphouse, but its just mounted on a piece of 1/4 inch Cu plate with a finned heat sink on the back, with a small Al plate to hold it securely to the base of the interior of the LH100.
The Phacus culture is maintained on an enriched soil-water medium, with a spatula tip of dried green pea flour, and 500 ul/100 ml of 1% (NH4)2HPO4, KNO3 and same volume of 0.2% MgSO4*7H2O and CaCl2*2H2O. They need subculturing every month or so.
The new LED source did come with a new headache, its got a hotspot at some magnifications. The entire optical path is completely flocked and blackened, I am still trying to hunt down the source, but on one of the images I did a bit of imageJ retouching to remove it. All the other images are minimally processed using imageJ after converting the raw files to tif.
Two of the shots are after the slide had dried a bit too much, but this is the easiest way to see the nucleus, just squeeze it out of the Phacus.
Any suggestions as to the exact species would be welcome.
David 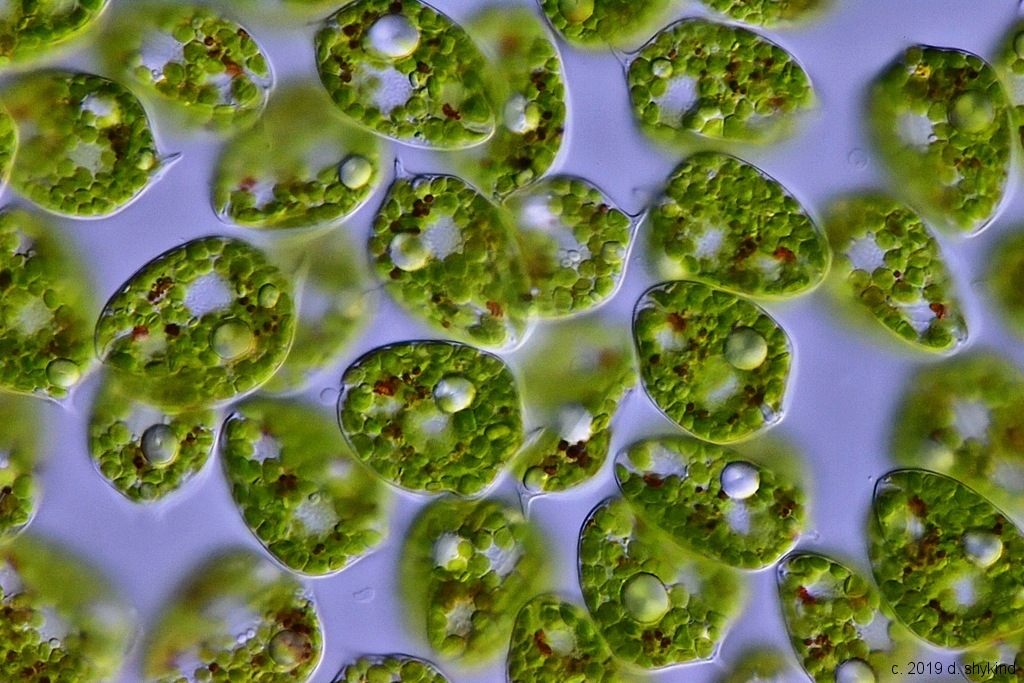 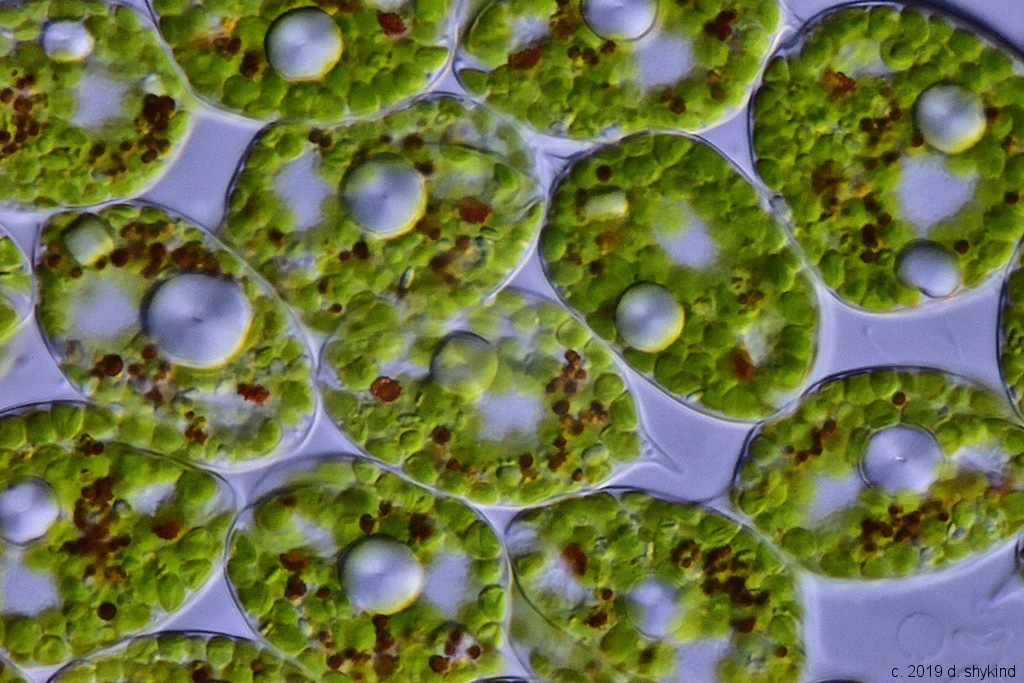 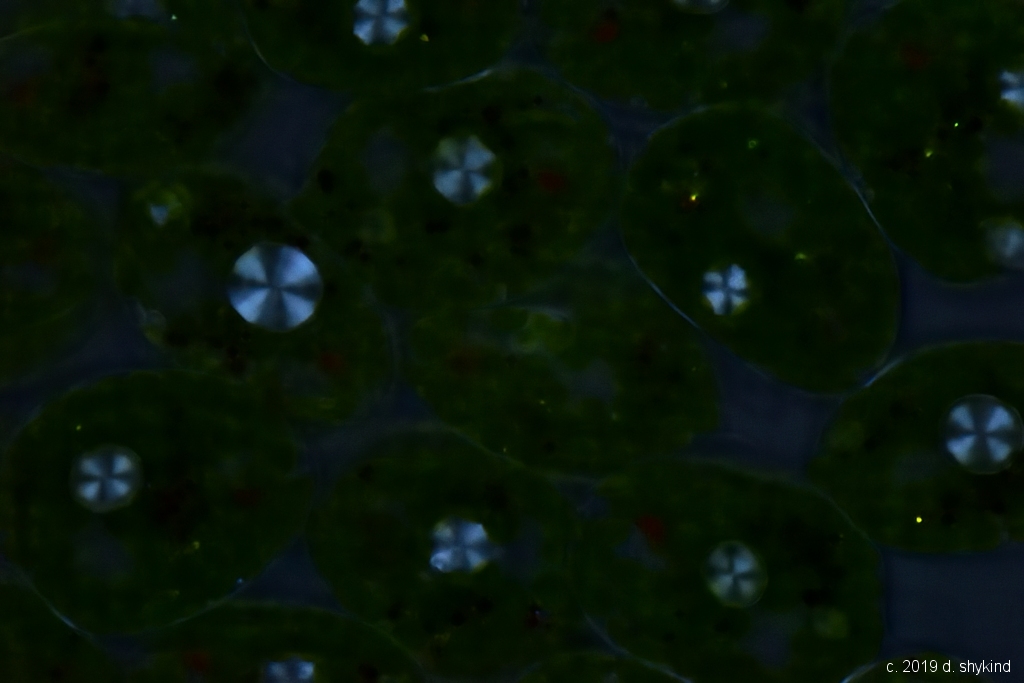 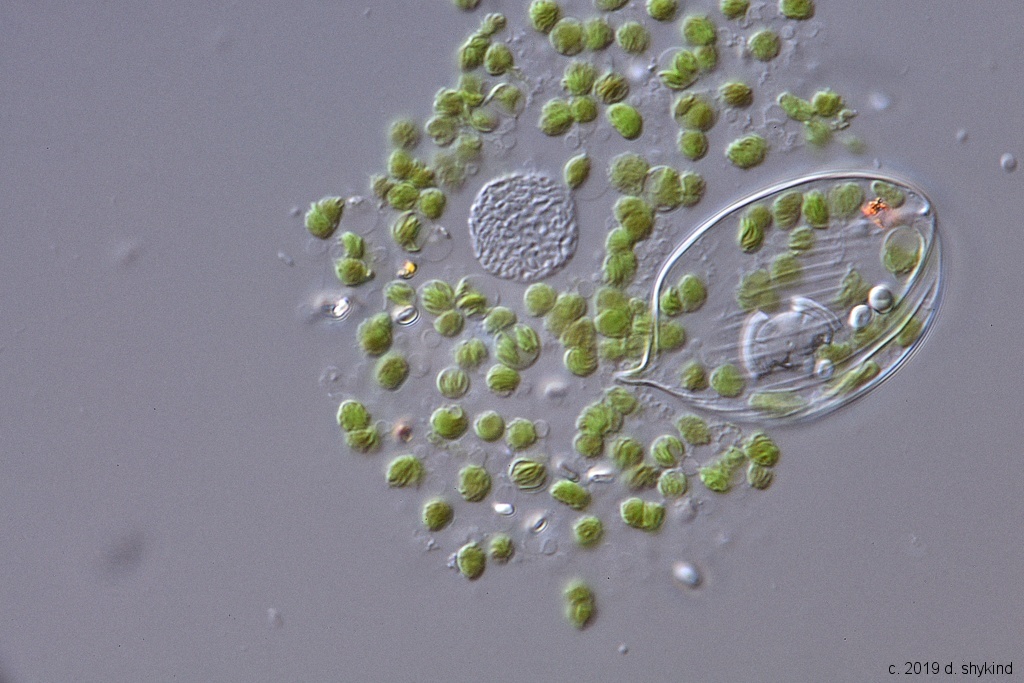 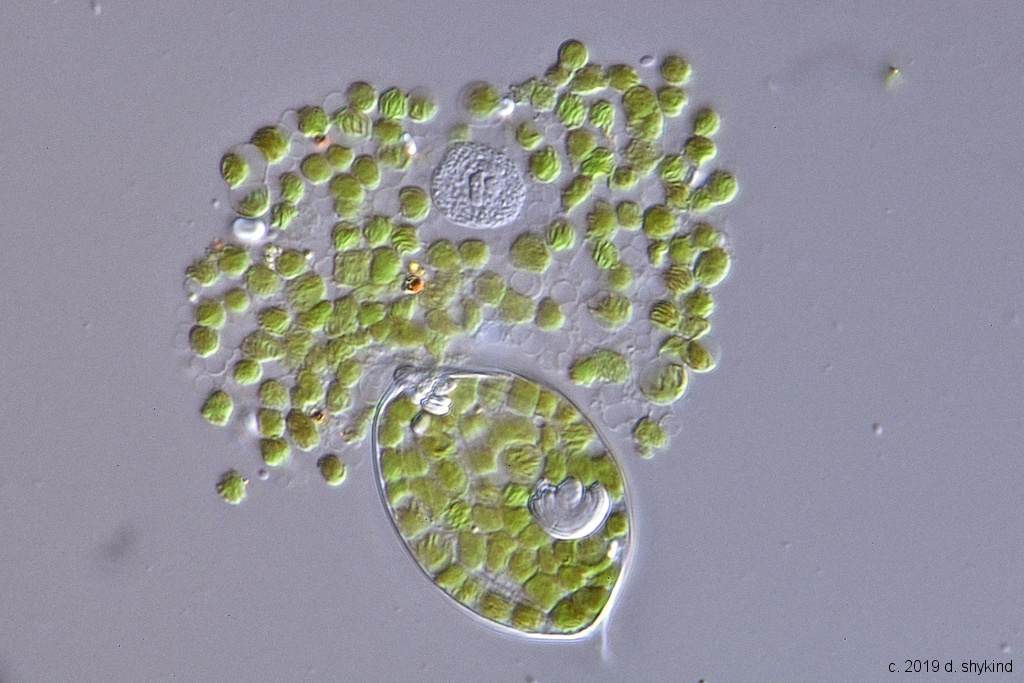 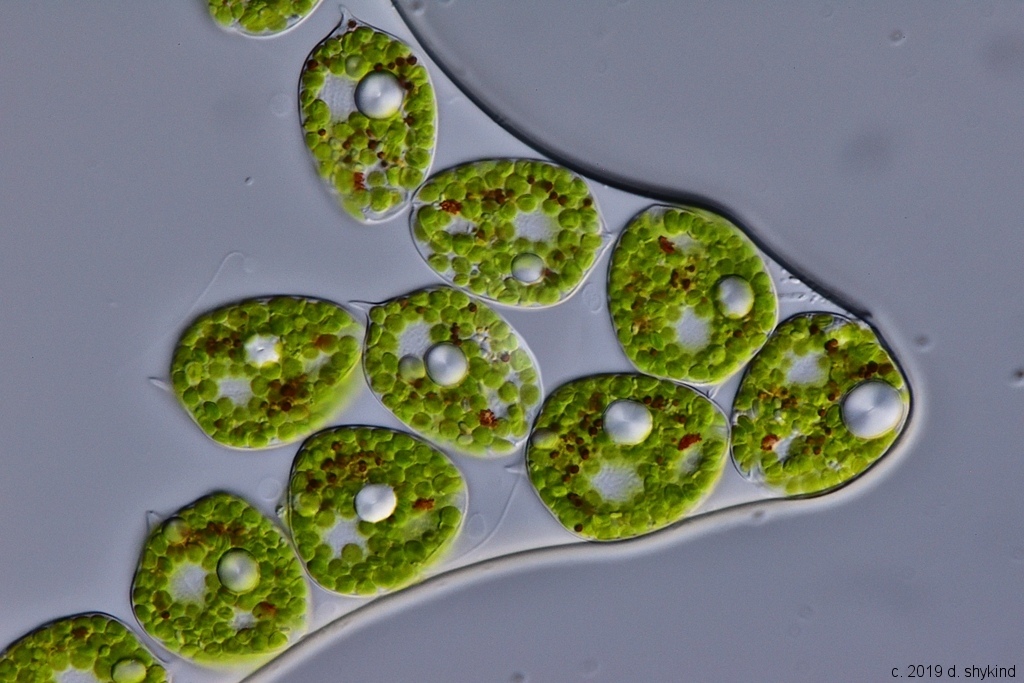 discomorphella wrote:[...]
The new LED source did come with a new headache, its got a hotspot at some magnifications. The entire optical path is completely flocked and blackened, I am still trying to hunt down the source, but on one of the images I did a bit of imageJ retouching to remove it.
[...]

My first guess is that the hotspot is caused by flare from off-axis illumination by the LED array. If this is the case, then flocking cannot solve the problem entirely (although it probably reduced it).

I would replace the LED array with a single LED chip, or perhaps at a maximum with the smallest LED array (there should be some 4-chip arrays with four LED chips mounted tightly together under a single epoxy convex lens no larger than the one used in single-LED packages).
Edit: something like this: https://www.ebay.co.uk/itm/Cree-XHP50-N ... ctupt=true

With the ordinary largish LED array, in practice only one LED contributes to on-axis illumination, while the rest are off-axis and cause flare but do not increase the subject illumination intensity. You might be able to demonstrate this by masking off all LEDs except the center one with a makeshift baffle with a ~5 mm center hole made from aluminium kitchen foil.
Last edited by enricosavazzi on Sun Mar 31, 2019 9:27 am, edited 1 time in total.
--ES
Top

Nice.
Thanks for sharing.
Top