Some time ago I purchased Optiphot parts, which did not have light source. 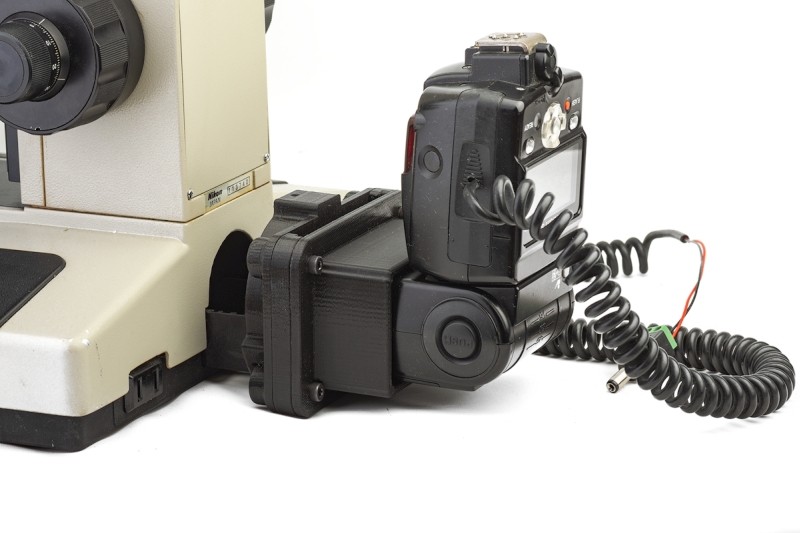 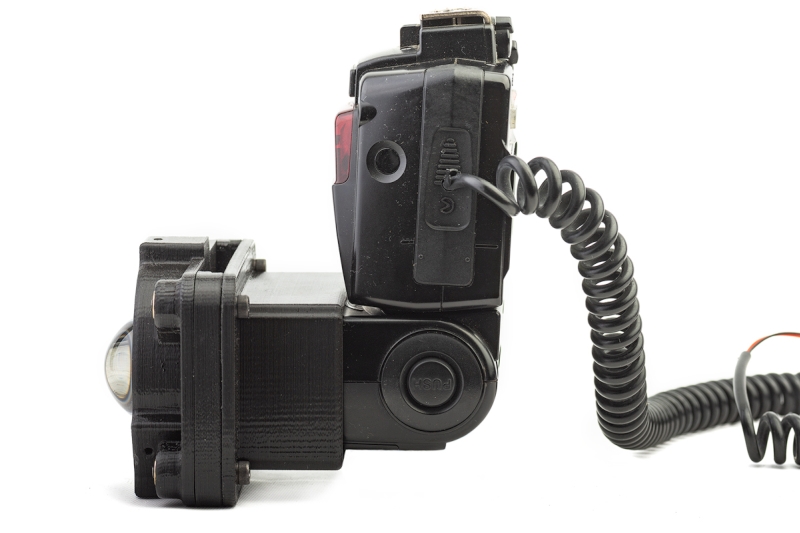 Different LED types can be slide in (this is a simple test version, final will look different, with additional heat sink and dimmer) 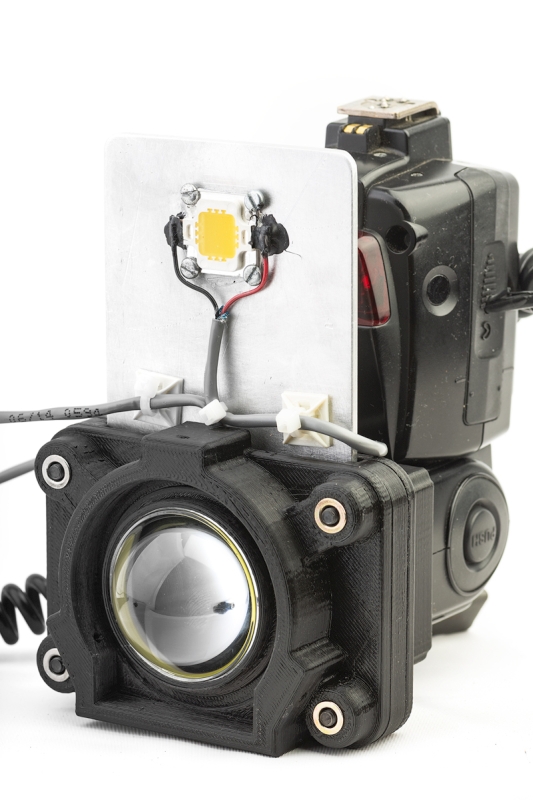 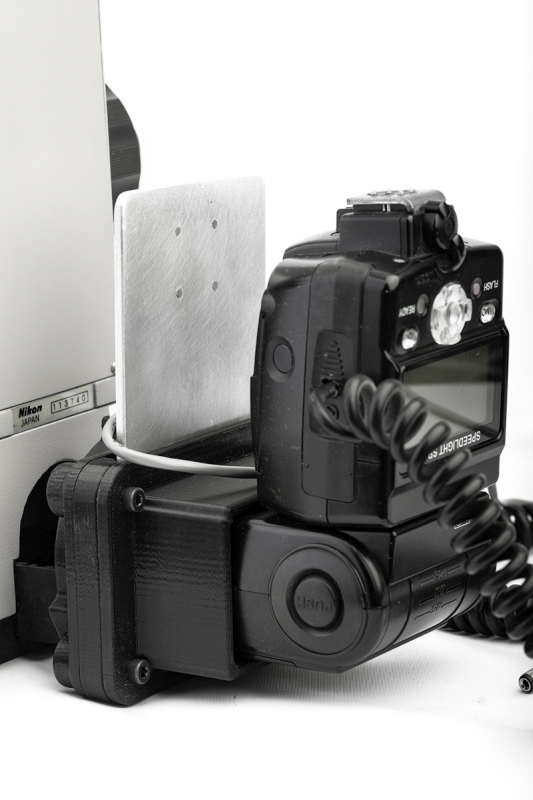 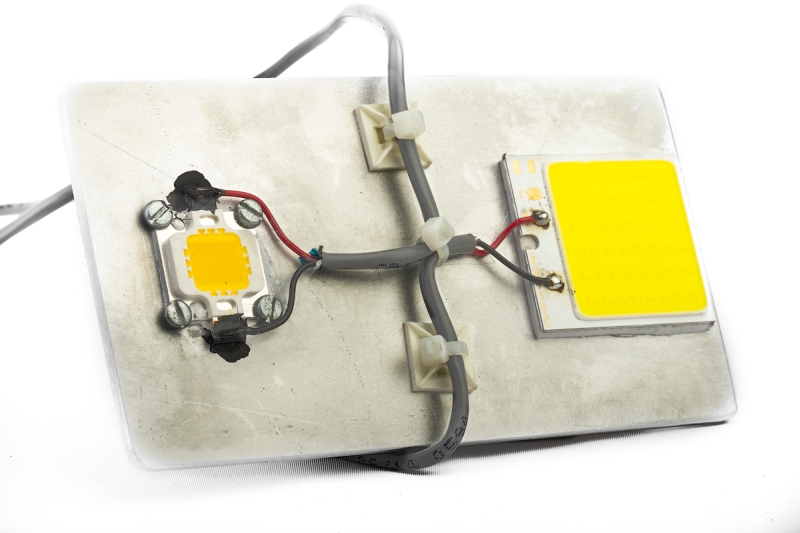 Of course, it could be used as a single type source, just LED. Or, after cannibalizing the flash unit - as a compact combo unit. 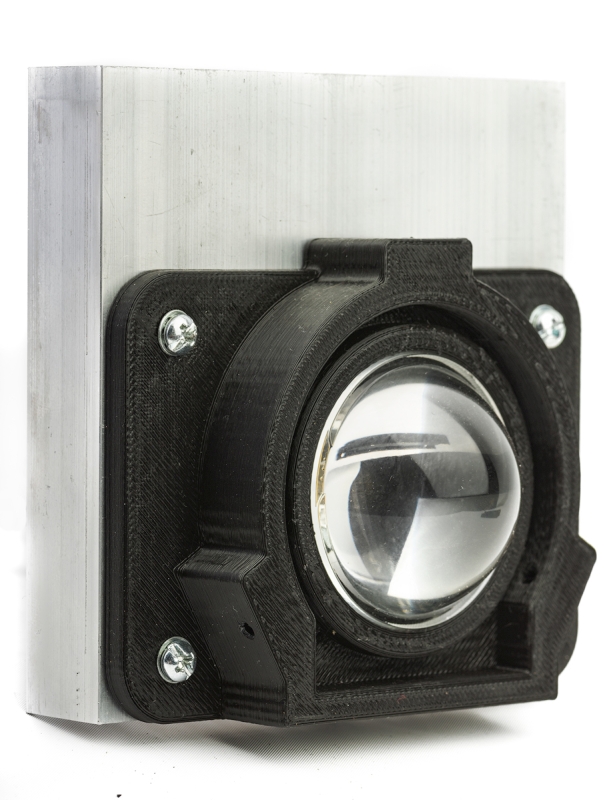 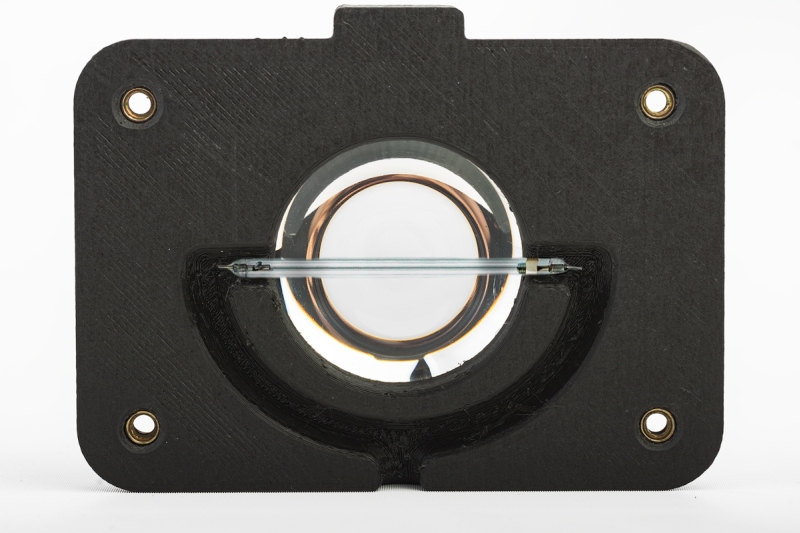 ... or even different UV source (Pau, thank you for the idea) 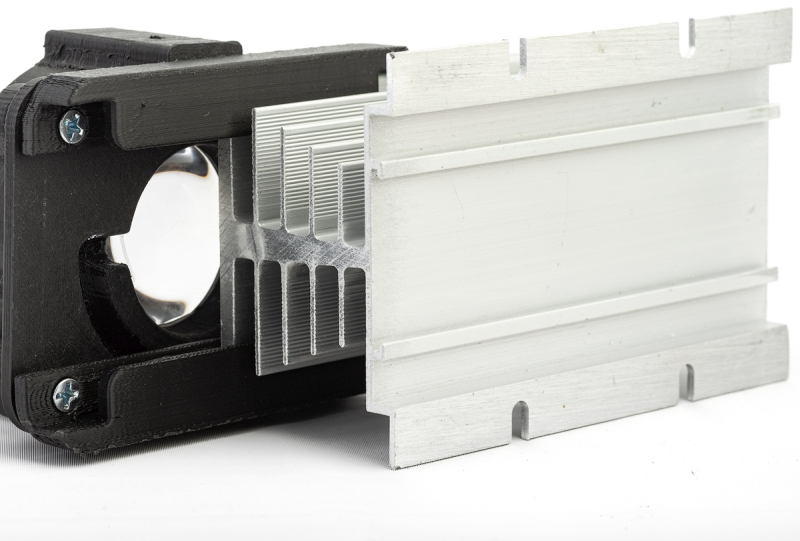 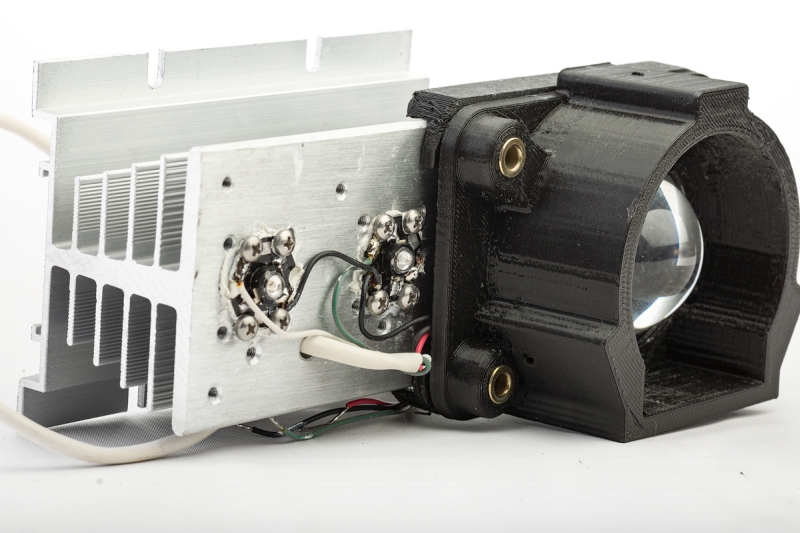 There are some thoughts to make a module for BeamSplitter/Dichroic Mirror version (or simple mirror, which could be lifted or slide in instead DM), but assembly becomes to big/complicated/expensive . Unless there is some cheap DM version, which size is close to the flash face dimension.
Flash would be from the top and LED with heatsink - from the back 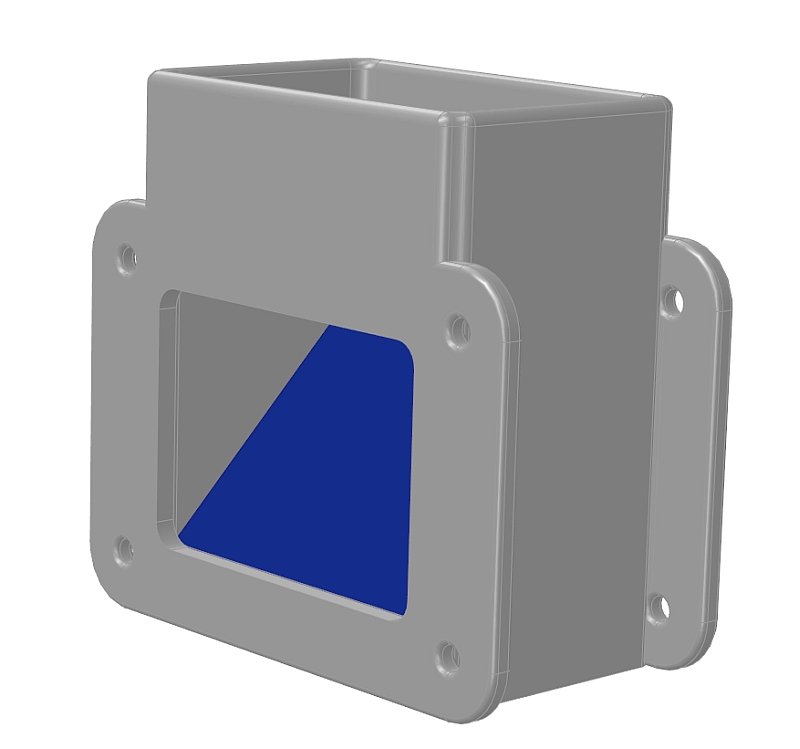 Any advice/comment/idea is very welcome

BTW, I made a small adapter, so all this stuff now works on my vertical setup Labophot base also
Top

I tried a design similar to your last photo with Surplus Shed 40mm beam splitter (BS) and Optiphot. But in my low budget DIY rig and for my peculiar application, the beam splitter at the back wastes too much light (from either LED or flash).

What I did was to move flash head and BS to directly under condenser, which makes flash light not Kohler compliant. That way light loss is much less. But since I almost always use extreme oblique and darkfield (and never DIC or plain brightfield), Kohler flash is not critical to me. I simply flash head back and forth and diffuse it for even light.

So where to put BS will depend on your application and preference. You may or may not need Kohler light.

Please note I need high flash speed to stop motion of live protists and my illumination methods (oblique and darkfield) waste lots of light by design. So you may not have my problem, even if you have beam splitter at Kohler position.
Top

the beam splitter ... wastes too much light (from either LED or flash)

This is my main concern ...
Top

the beam splitter ... wastes too much light (from either LED or flash)

This is my main concern ...

She has shown that BS cube under condenser is good enough for DIC. That is likely good enough for most applications then (you will see uneven light more easily in DIC than my oblique/darkfield illumination).

Yes, I saw that, I had a similar setup with angled mirror, but because of the limited space/placement around my vertical setup, I preferred back type design . And I can use on both, vertical setup Labophot base & Optiphot

Now I'm playing with oblique/DF/Rheinberg, should be enough for me ( DIC is in the very distance future ... maybe

). I have more than enough light , but temperature is limiting factor during longer observation ( no problem during stacking, because I'm using timer/delay relay) 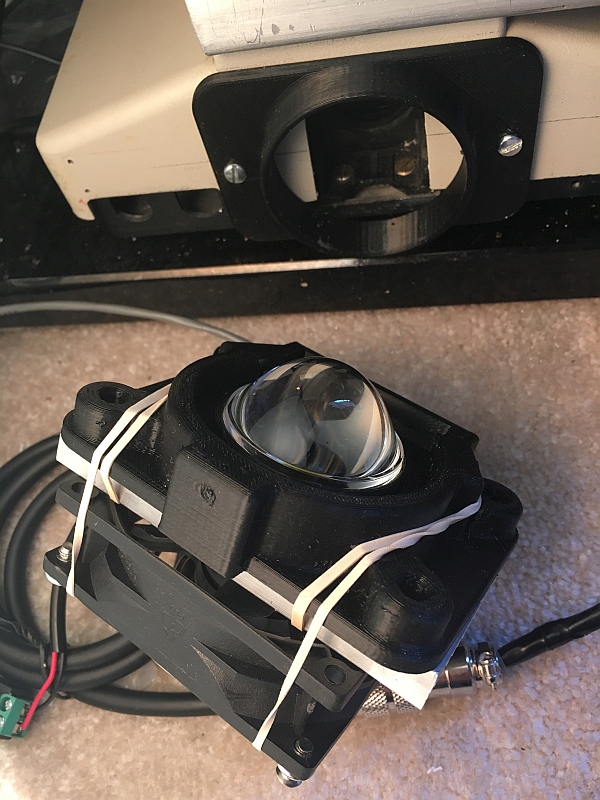 Sure wish I lived next door to you. <g> I have 3 Optiphot(s) and am concerned once the transformer dies. I know the Optiphot Biological and Optiphot POL both use the same transformers but they rarely come up for sale on eBay. Meaning a working stand (meaning with a working a transformer) only.

Would be nice to see your results when done

...About the collecting lens...any info?

Smokedaddy wrote:... am concerned once the transformer dies. I know the Optiphot Biological and Optiphot POL both use the same transformers but they rarely come up for sale on eBay. Meaning a working stand (meaning with a working a transformer) only.