I spent a day in our Rio Anzu Reserve a few weeks ago. That forest is like the Serengeti in miniature. This is another of the amazing things I found there, a carnivorous katydid devouring a stick insect while another stick insect sits nearby, and while little "vulture" flies sneak underneath the katydid and suck some of the juices coming from the carcass. 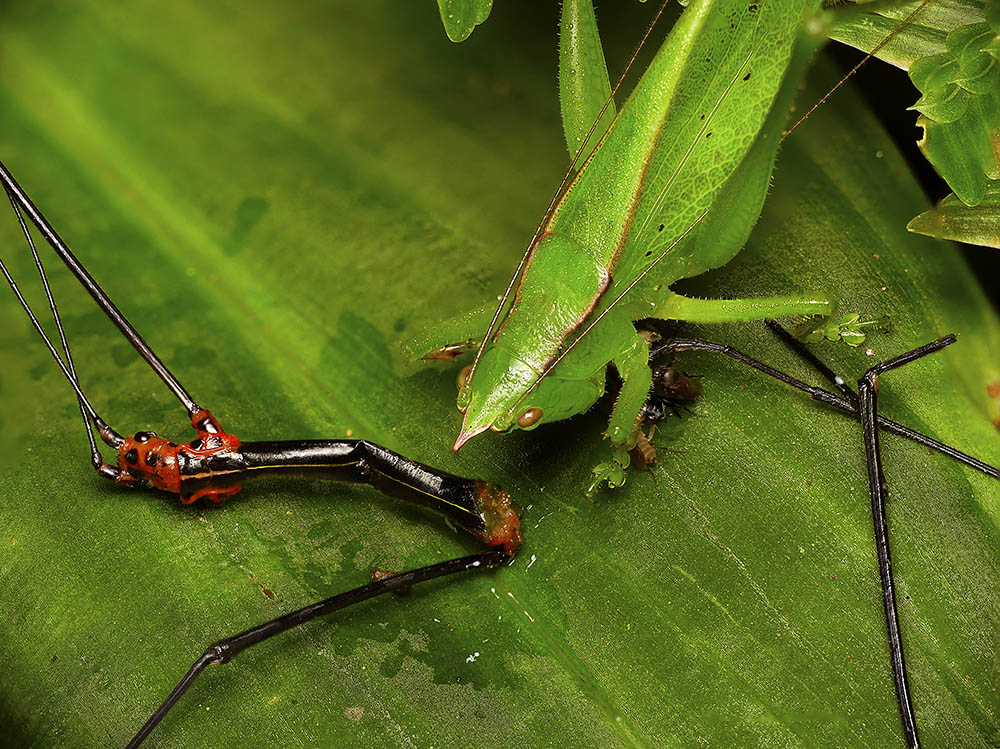 The above image is a stack of two pictures.

I think sometimes it is nice to have part of an image out-of-focus, for example this picture is more menacing with the out-of-focus predator than it would have been with everything equally sharp: 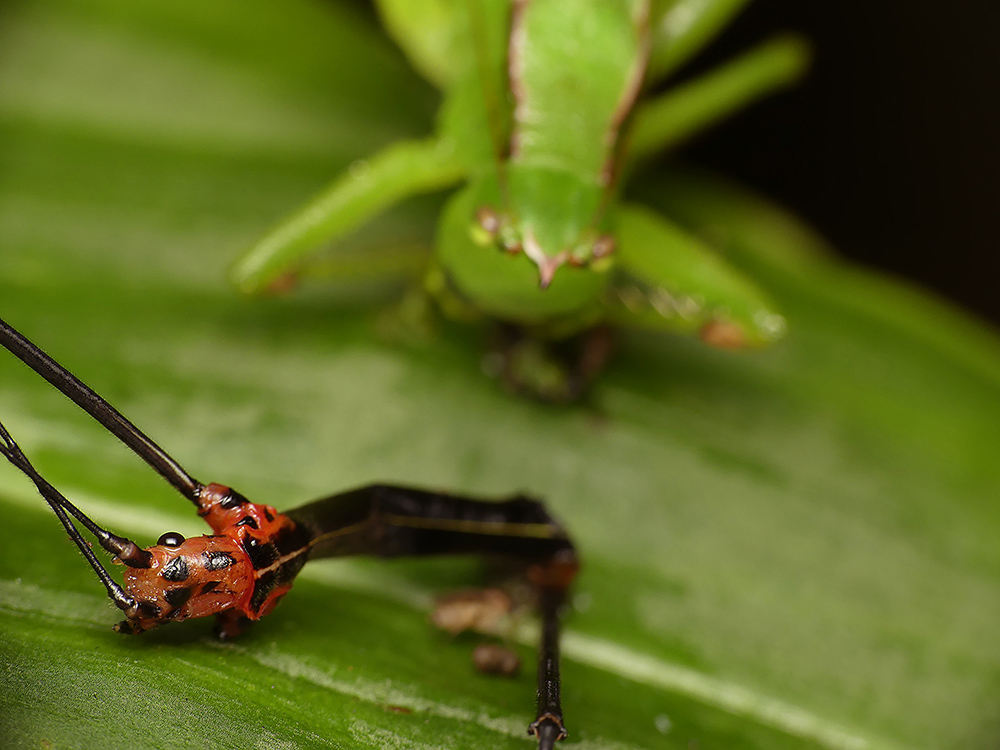 I initially thought the two stick insects were a mated pair of a sexually dimorphic species, since the live one just stayed there alongside the half-eaten one. After looking at the photos, though, I think that can't be right. They are so different that I think they must be different species. Any thoughts? 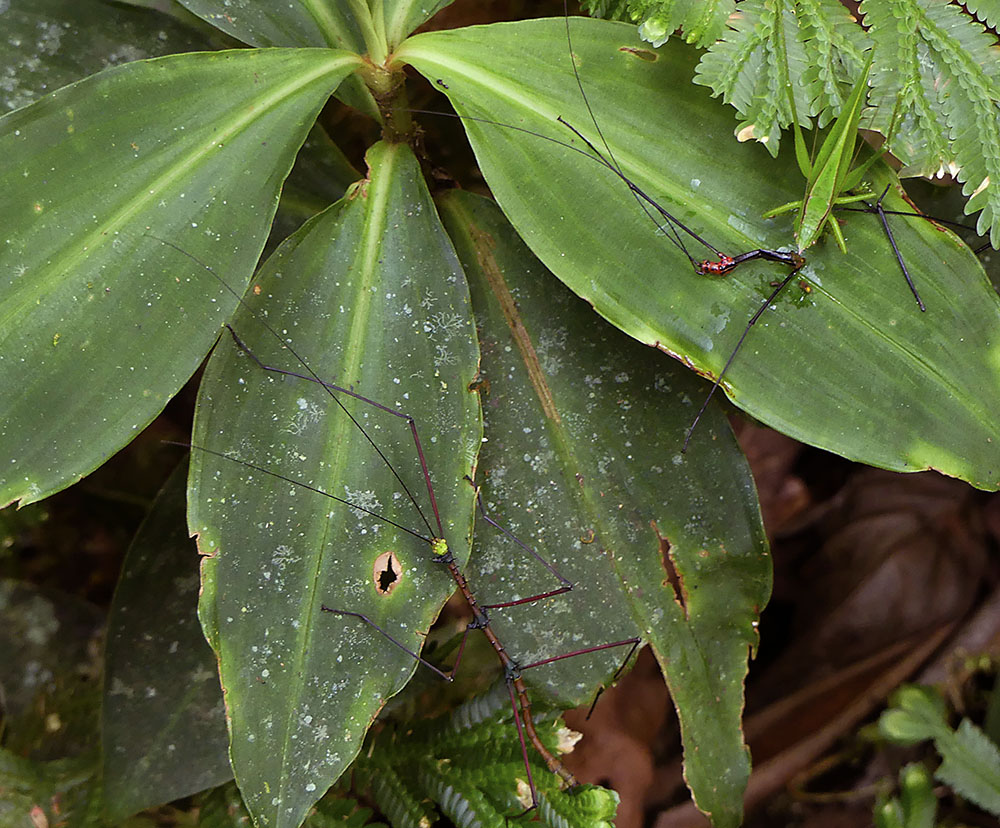 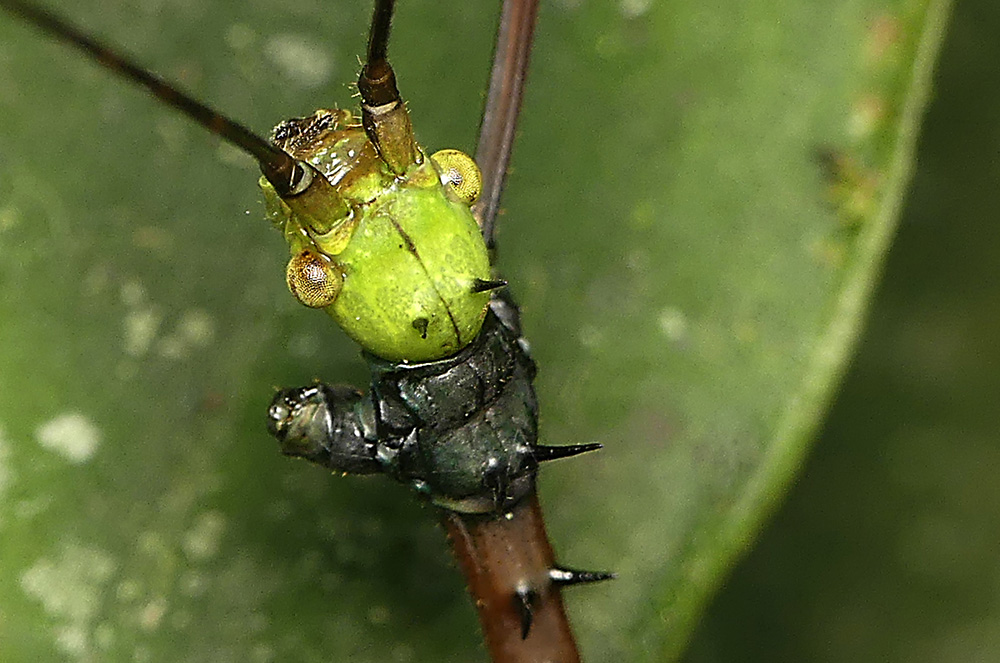 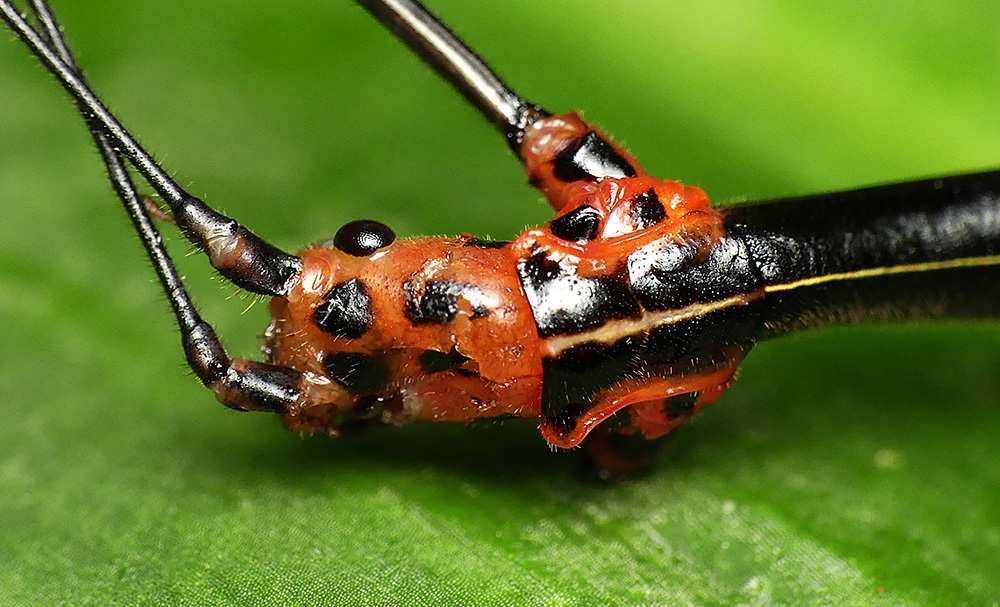 Pictures are all of unmolested wild creatures, with a handheld Panasonic FZ300, sometimes with a Raynox M-150 or M250 close-up lens.
Lou Jost
www.ecomingafoundation.wordpress.com
www.loujost.com
Top

Very nice series. Well done! As to your question, I would say they wee different species.
Top