A question for the Olympus gurus here -

In looking over the long-barrel objectives that were availablefor the BH2 scopes, I see there were (among others) these four types:

Does anybody know how the E objectives differ from the A objectives, in terms of their optical performance? The mechanical differences are obvious.

Can't answer your question since I have never used them.

You probably already have this brochure, but if not there is some basic info on pages 11 and 19.

I have 5 different Olympus 10x LB objectives, so I have photographed a stage micrometer with each of them, using a Canon EOS 5D Mark II and an NFK 2.5x photo eyepiece to get the largest field of view that I can obtain.

Field diaphragm same diameter for all 5 shots. Aperture diaphragm adjusted for the 0.25, 0.30 and 0.40 NA objectives.

I had difficulty focusing my SPlan 10 and the result is not as good as I expected. It is clean, so perhaps I need to buy another one. 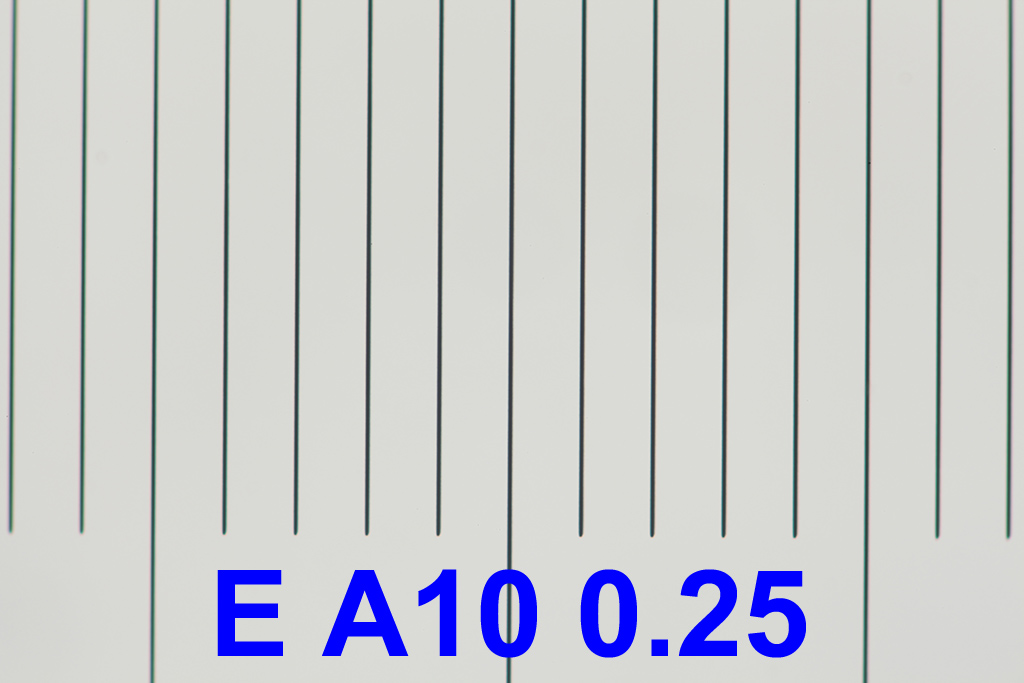 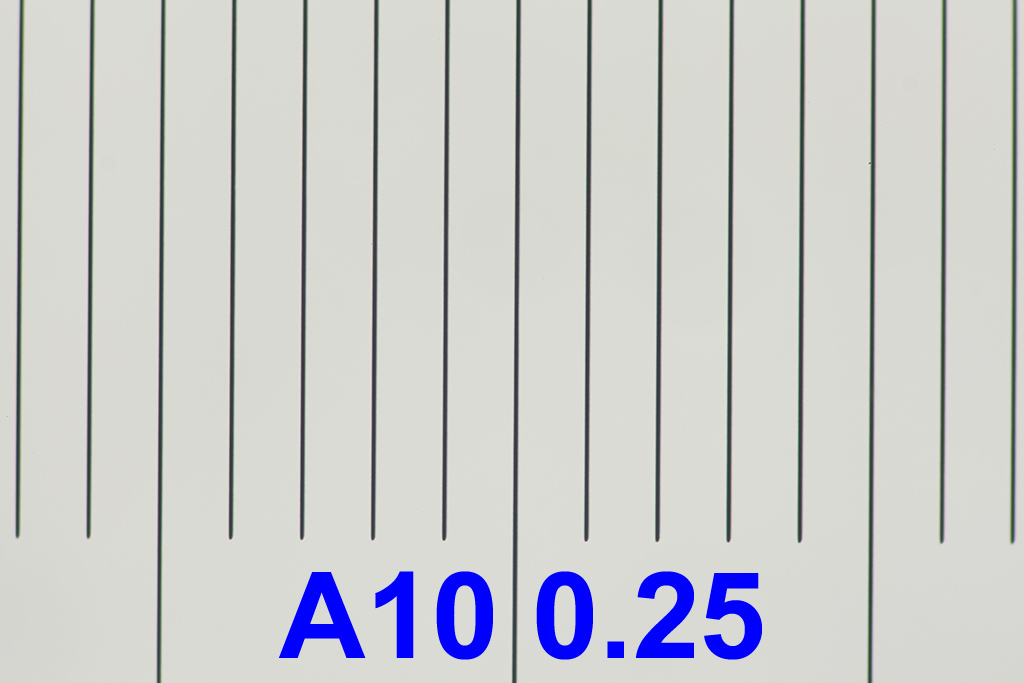 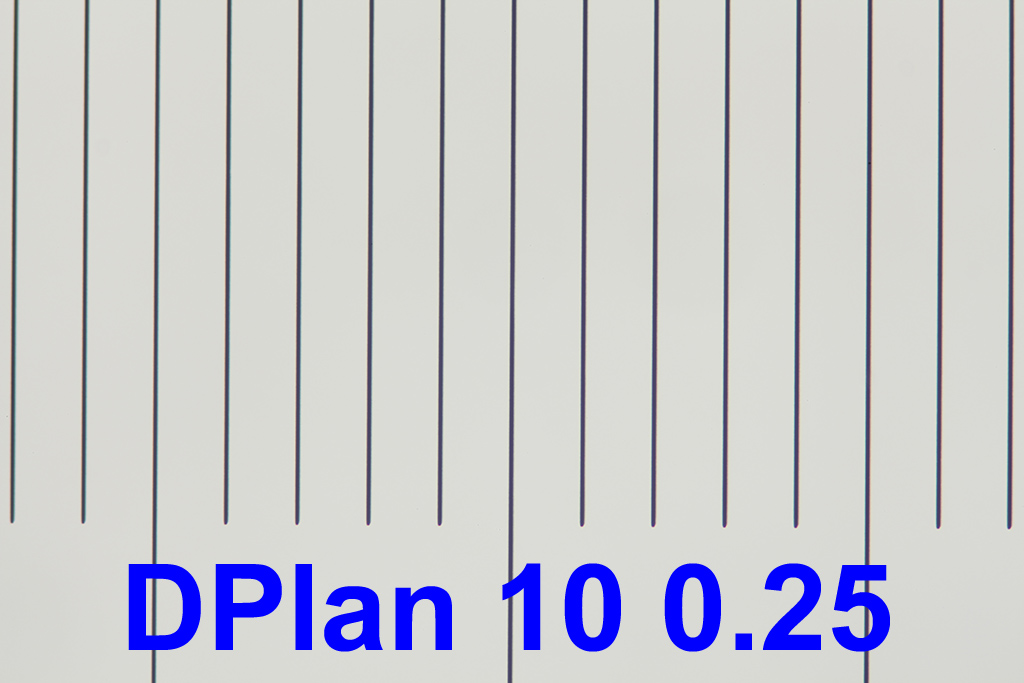 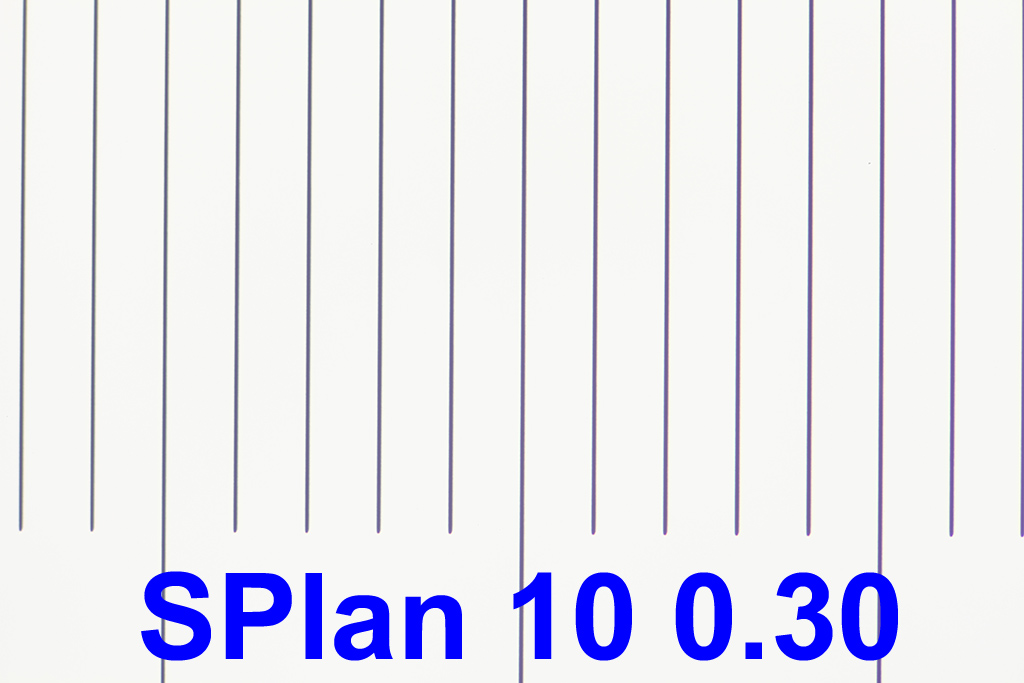 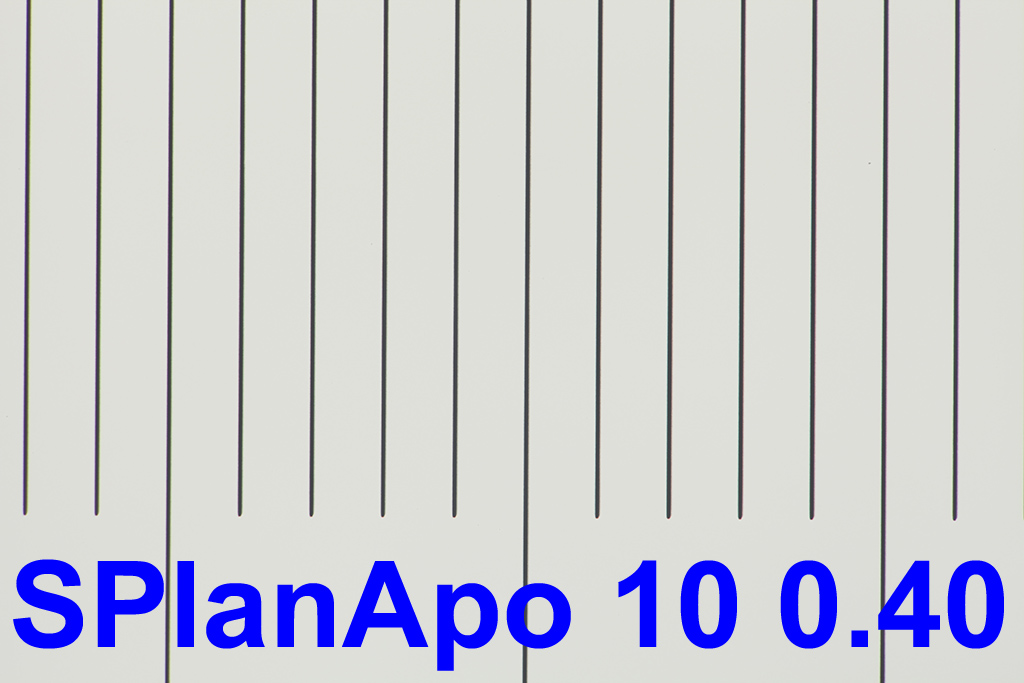 At this resolution only the EA really shows its price, perhaps. Splan is strangely brighter

So it looks to me like the "E" objectives are noticibly less flat than the "A" lenses.

Don't confuse flatness of field with field coverage. Though some objectives are flatter (more "plan") than others, many simply don't give sharpness beyond a more limited image circle. See the "field number" in the document Charles points to.
If you're stacking then the field curvature doesn't matter.
I strongly suspect the issue showing here though is lack of sharp field coverage, with the E series. That's certainly the case with some Olympus objectives I have on older student-grade scopes.

There will be "more to it" between the objectives than shows here. They all look much the same centrally. The theoretical resolution ( 0.6 * wavelength/NA) turns out to be of the order of one pixel at the size shown here. Each of the lines on the stage micrometer is only about 5 pixels wide as shown (having been reduced to fit the forum image size). In the original image where there are more pixels to look at, one would hope the more expensive objectives would show better sharpness.

Another matter of course is chromatic aberration. The "apo" objectives should be better within their designed image circle. The cheaper ones will show some CA throughout, generally increasing as you go away from the center. Some of it is "removable" in post processing of the image.
Top
Post Reply Previous topicNext topic
6 posts • Page 1 of 1