In FAQ: Threads we use, I recently raised an issue regarding compatibility of the M26 threads used by Nikon and Mitutoyo objectives. This was prompted by several reports of Mitutoyo objectives not screwing properly into adapters that they were expected to.

Some previous discussions in the forum had said that the Nikon and Mitutoyo threads were compatible. One apparently authoritative posting from a couple of years ago stated that "All Nikon BD (Brightfield/Darkfield) objectives always have the M26x36 TPI mount. This is true of the old CF (210mm tube, 45mm parfocal) objectives for scopes like my old Optiphot 66, as well as CFI60 (infinity corrected 200mm tube, 60mm parfocal) lenses for newer Optiphot 100, 150, 200, or 300."

Unfortunately, recent checks have shown that this information is at least partially wrong.

In contrast, Mitutoyo objectives are consistently described in catalogs as either M26 x 0.706 or M26 x 36 TPI, which are just different descriptions of the same thread.

Being skeptical to a fault, I wanted to get some direct confirmation of the Mitutoyo's thread size.

I don't have any Mitutoyos, but I knew that Chris S. does, and I also suspected he might have a Nikon M26 sitting around as well. So I asked if he could compare them for me.

This turned out to be more challenging than I had expected, because the shapes of Chris's particular objectives made it impossible to bring the threads into direct physical contact. Not to be daunted by such small difficulties, Chris fired up the Bratcam and shot some pictures. Laid up for display, here they are. (There's two panels only because Chris and I ended up doing slightly different things at the same time, and we thought you might like to see both variants.) 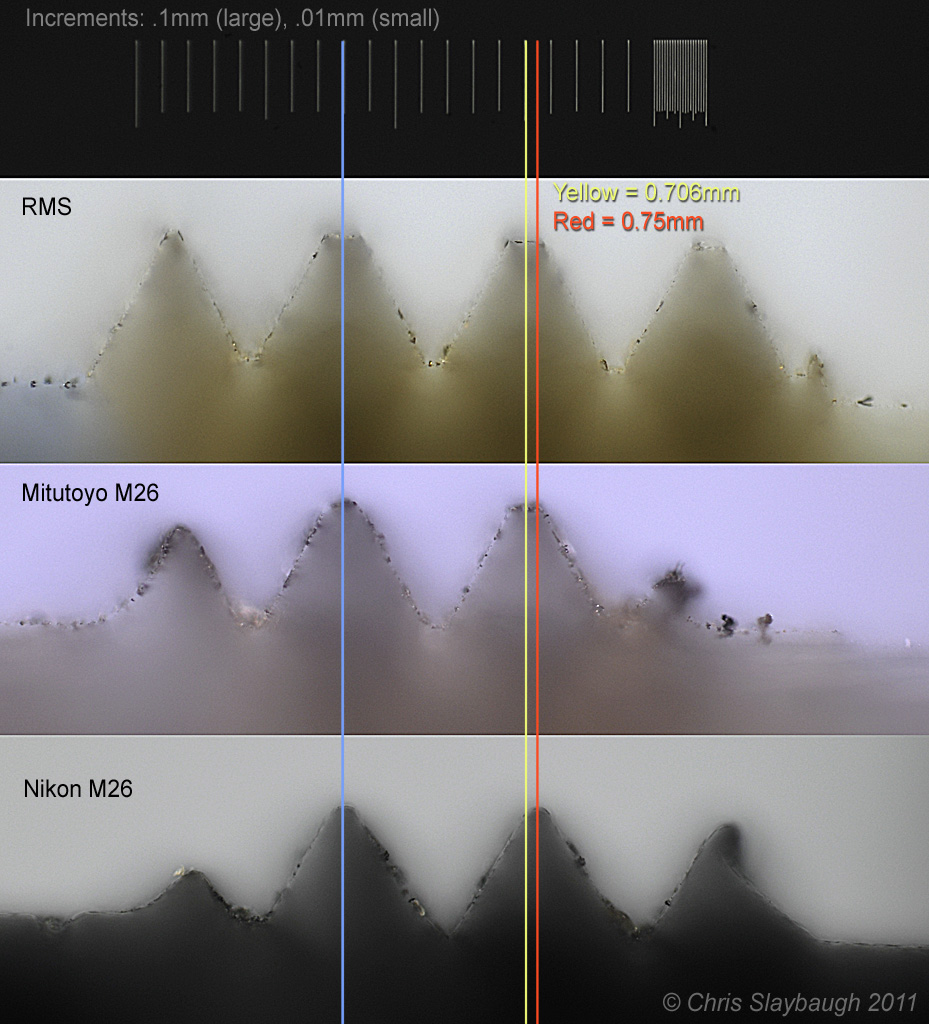 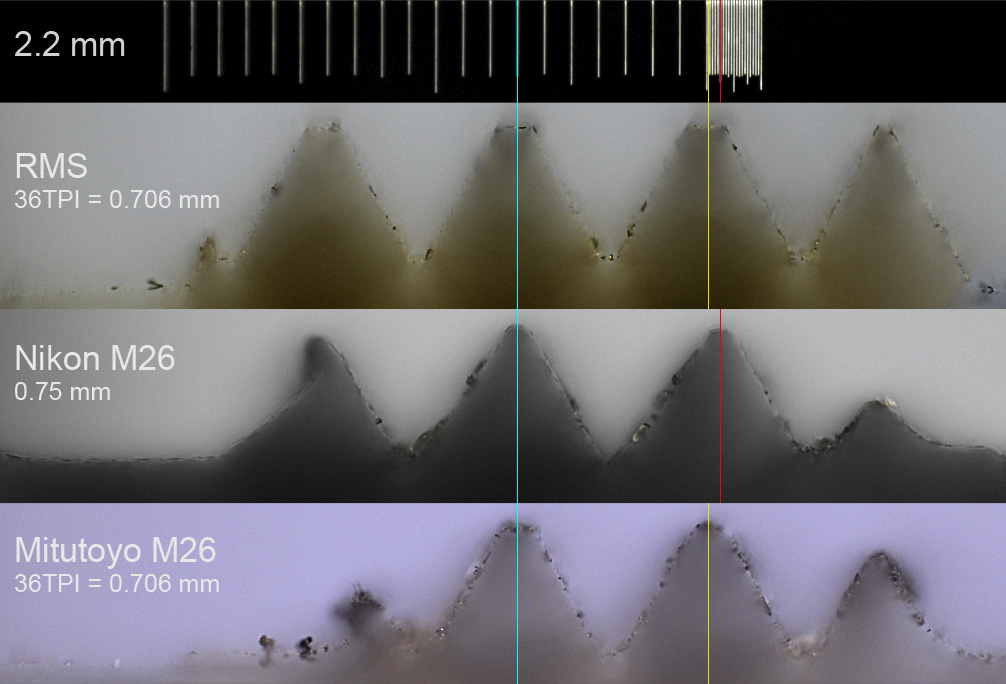 I think it's pretty clear that these photos and measurements confirm the specs of 0.75 pitch for the Nikons but 36 TPI = 0.706 mm for the Mitutoyos.

Case closed...until somebody reopens it...

Many thanks to Chris S. for his ingenuity and hours in nailing down this data.

Even if they are slightly different, my BD objecive fits OK on my mitutoyo to c-mount adapter. That's good enough for me.

I have more problems with M39 threads being slightly different.
Top

As the Nikon and Mitty pictures above show, the active part is only about two threads long. In that case an error of 0.05mm or so seems to be within some adapter manufacturers' tolerances to not cause problems.
That does apply to the ones I have.
I also have a C mount (25.4mm) female which takes a 26mm Mitutoyo male without any problem. That (ebay) adapter goes to rms male.

Perhaps it's worth posting this from the Mitutoyo catalogue for those with difficulties: 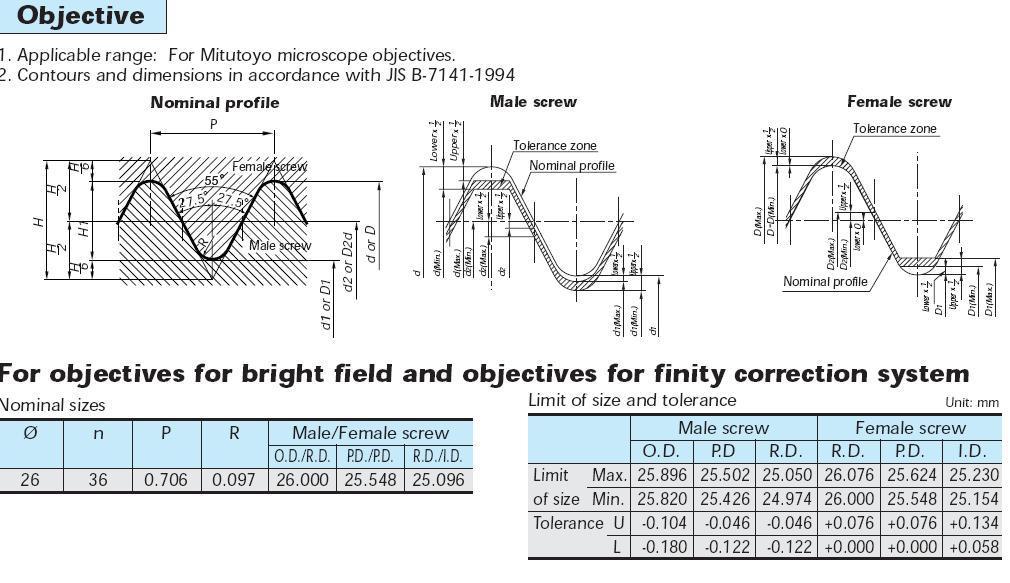 Its good to see that discrepancy resoundingly cleared up with hard data. Nicely done.
Top

ChrisR, thanks for tracking down that lovely set of Mitutoyo specs.

Can somebody follow that up with something similar for Nikon?