Tripod with Fluid-Head
A tripod is most stable and can still follow a moving object such as an insect with a fluid-head. However, a tripod is heavy, takes time to set up, can follow the object only in two directions and has a limited focal range with many macro lenses.

Monopod
A monopod is light, flexible and rapidly adjusted but stable only in height. For objects larger than some centimeters a monopod can usually be sufficiently stabilized by software (Mercalli etc.).
Examples: https://youtu.be/rnvPN502nD4

String Monopod
Lateral stability can be improved with strings: 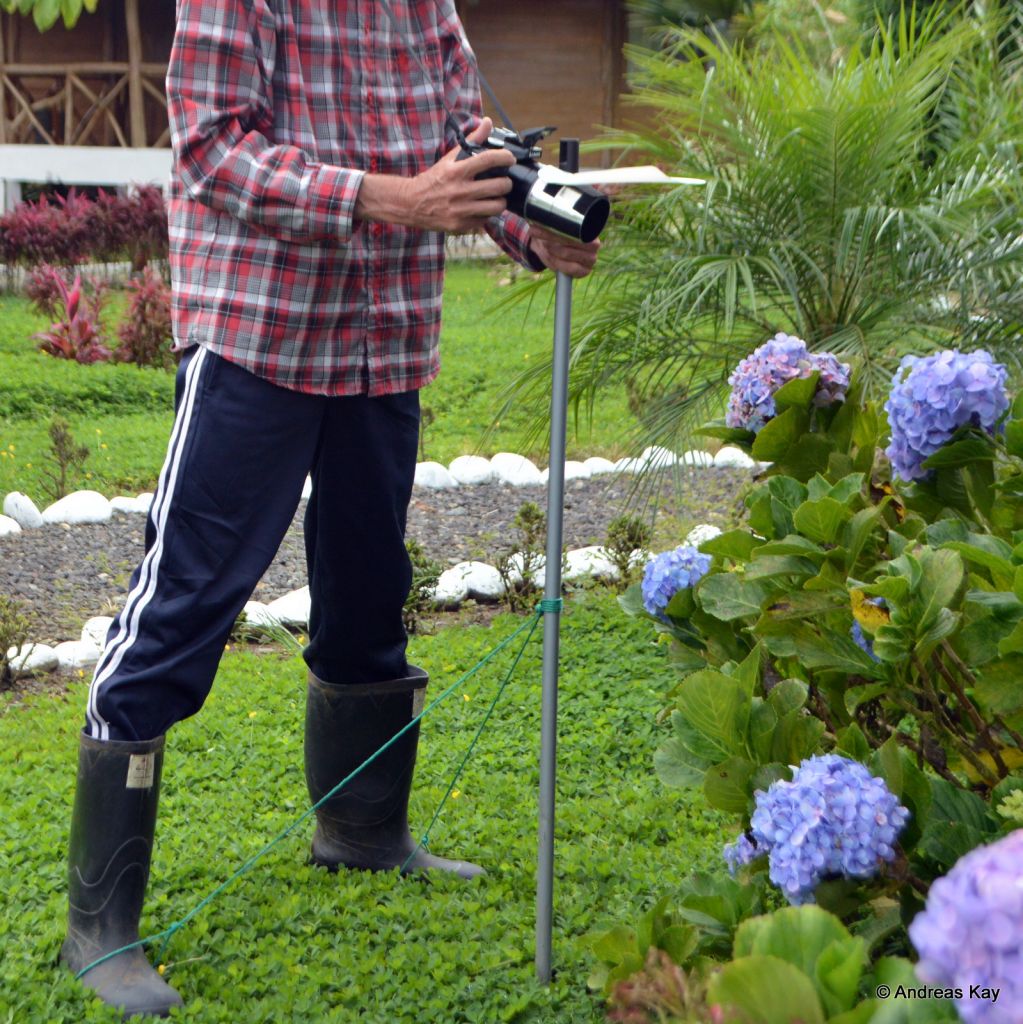 Tripod with Parallelograms
A tripod consisting of three parallel monopods which are linked to form a triangular parallelogram is nearly stable in height but can move horizontally in two axis without tilting and be combined with a fluid-head for pitch and roll. The lateral movements of the parallelogram triangle can also be dampened with fluid. A disadvantage may be that the parallel monopod will be less stable unless the width between the monopods is as large as that of a conventional tripod.

Tripod with Hydraulic Pistons
By adding hydraulic pistons to the feet of a conventional tripod this can be pushed down on one or two pistons and thereby the tripod be tilted horizontally. Two or three hydraulic pistons should be connected by hydraulic cables so that the total level remains constant. Dampening of the pistons can be controlled by the viscose flow through the hydraulic cables. By contrast to a tripod with parallelograms the tripod head will not remain horizontal, but if the movements are small compared to the height of the tripod this should be negligible.

Handheld stabilization with VCM (Voice Coil Motor) actuation
Gimbals stabilize by rotation, in macro you have to stabilize horizontally and vertically. The sensor of our camera has to be stabilized against the object in x, y, z without rotation.
The Panasonic G9 Image Stabilizer in video has Lens + Body (Dual I.S.) stabilization, 5-Axis Hybrid (horizontal, vertical, yaw, pitch, and roll), but this is not sufficient for handheld macro videos.
Panasonic has a new [I.S. Lock (Video)] that makes videos nearly as good as a tripod at large focal length, supposedly compensating in rotation, but with macro it does not make much of a difference because lateral movements are more important.
What works is [E-Stabilization (Video)] which shifts the sensor electronically horizontal and vertical. For this it has to crop the sensor a little bit, but the 4K or 8 MP image is still much smaller then the 20 MP sensor. However it may be better to use video stabilization with Mercalli v4 afterwards.
It should be possible to stabilize the camera handheld for Field Stacking and Macro-Videography with voice coil actuators that shift in two or three axis by reference to free space with an inertial measurement unit (IMU).

Video with Focus Stacking
To increase depth of field with video you can use focus stacking with a high speed camera:
https://drive.google.com/open?id=1Av-En ... EQT9ieAmLI