In another thread, abpho shows a butterfly wing with bright orange-yellow scales. He's less than pleased with the quality of the images. I commented that I find scales of this color challenging to shoot, and not as dramatic as many other sorts of wing scale.

Here are a couple of examples. The butterfly is a violet lacewingCethosia myrina myrina, purchased from Butterflies and Things. Many of its scales resemble the ones in abpho's shots.

The following was the first "pudding shot"* I made while testing a Mitutoyo 50x/0.55 objective with a chipped front element, as discussed in another thread. Field of view is about 1/2 mm wide. The stack was shot in raw, converted to tif, processed using Zerene Stacker's PMax method, and post-processed in Photoshop. Two prior attempts, shot in jpeg, were disasters. (There was too much dynamic range for jpeg. Though just a lens test, two bad stacks got my dander up.) 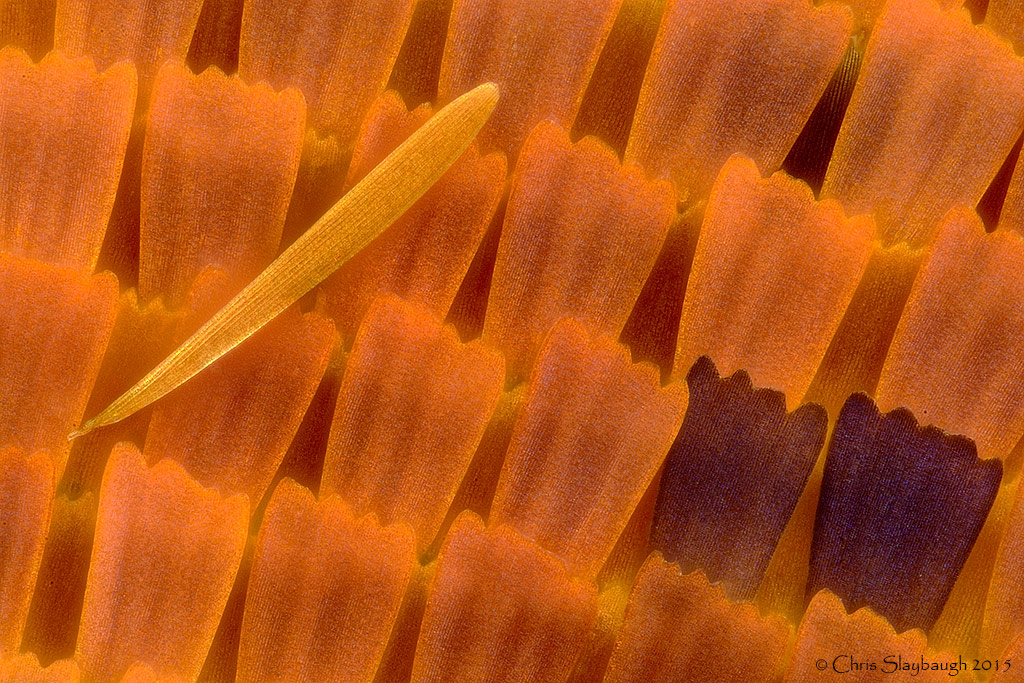 On reviewing the above image, the owner of the objective was not pleased with his purchase. I didn't share this sense--probably because I'm familiar with how scales of the violet lacewing look under magnification--and took another quick stack of a very photogenic lepidopteran, the sunset moth. Though I've shown the next image before, I'll repeat it here for easy comparison: 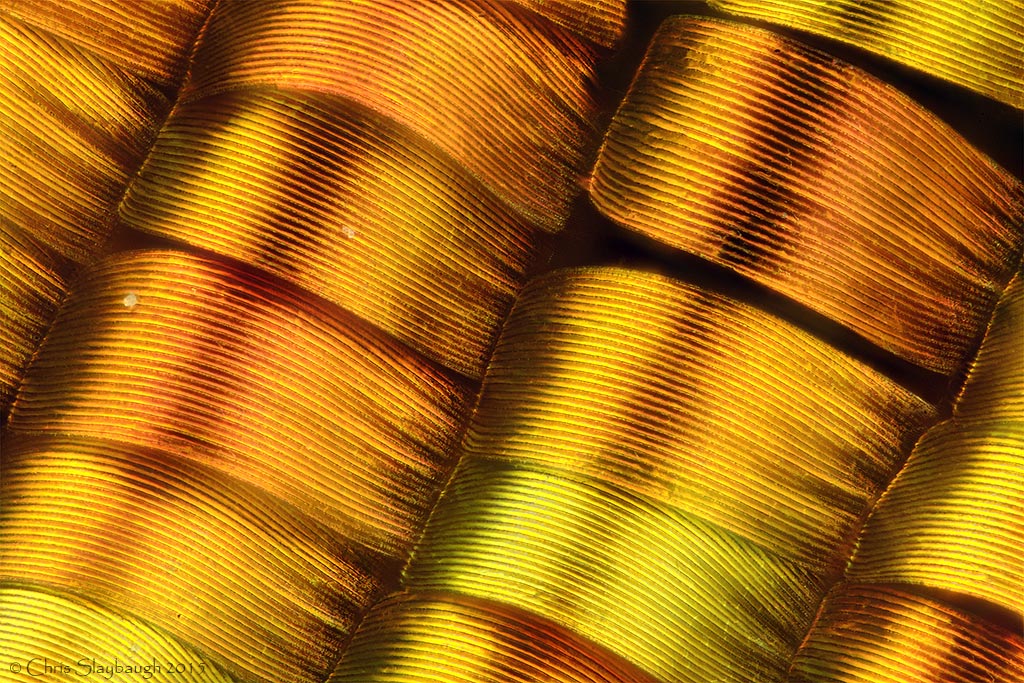 One thing that jumps out is that with the sunset moth, the scales are much larger, and so are the fine details. So is the seemingly poorer rendering of the violet lacewing simply attributable to the fact that our attention is drawn to smaller things, which strain the diffraction limit of the optic?

Here is another pudding shot of the violet lacewing at lower magnification. It was taken at the end of testing a forum member's Nikon N Plan 10x/0.30 (a finite lens) against my two specimens. Here, I shot the stack in jpeg, as I usually do for lens tests. Raw would likely have provided better color, but I was only interested in testing the lens--quickly. 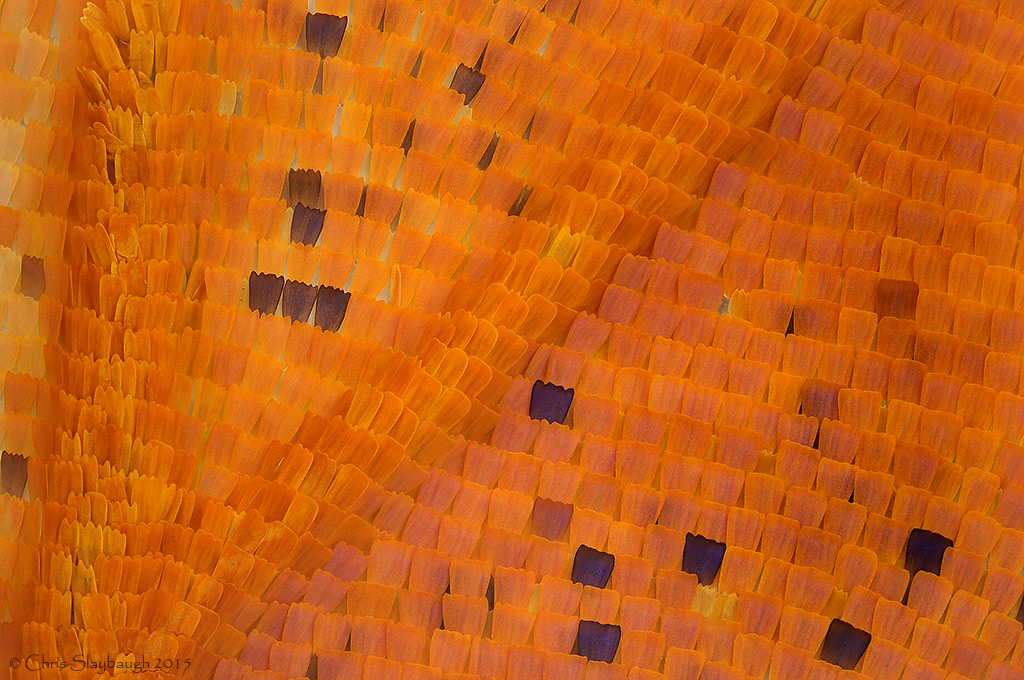 To my eye, the violet lacewing is a more attractive subject at 10x/.30 than it is at 50x/0.55--its details are better suited to one combination of resolution and magnification than the other. We can't judge an objective on the subjective attractiveness of a single image. A pudding shot is well and good--and helps us put into perspective the importance--or lack of importance--of more careful, pixel-peeping tests. But accurate judgement of a lens, based on a real-world shot, may only be reliable to someone who is already familiar with how a particular subject looks at a given magnification.

Two of my rules of thumb for lens testing: If at all possible, test an unknown lens against a known specimen of the same lens, on the same subject, under identical conditions. And if you perform a lens test, try to do so with subjects you are already familiar with.

* "The proof of the pudding is in the eating."
Top

Thanks Chris. This answers one of my questions. Not all scales are the same size. I know that larger subjects are typically easier and better to photograph.
I'm in Canada! Isn't that weird?
Top
Post Reply Previous topicNext topic
2 posts • Page 1 of 1