Another Spider From ME

Another Spider From ME

I am really intriqued by how similar every spider looks in real life and how different each one is under these magnifications. The eyes on this one really stuck out to me - different placement than the others I have been shooting. I have a stack of the back of the abdomen - but it isn't done yet so I will do these three and get back to that one later. This little bugger would NOT hold still for very long and when he did he took a huddled defensive position and I couldn't get a good angle on the shot. 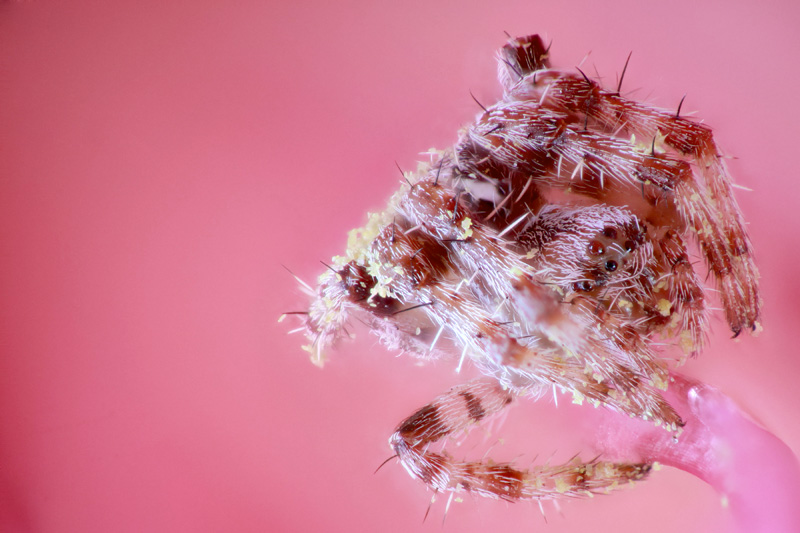 This one was rotated 180 I think. Also this was its defensive huddled position, which I thought was very interesting up close - almost like it was flattening its back out. I intentionally left space to the left of the spider. 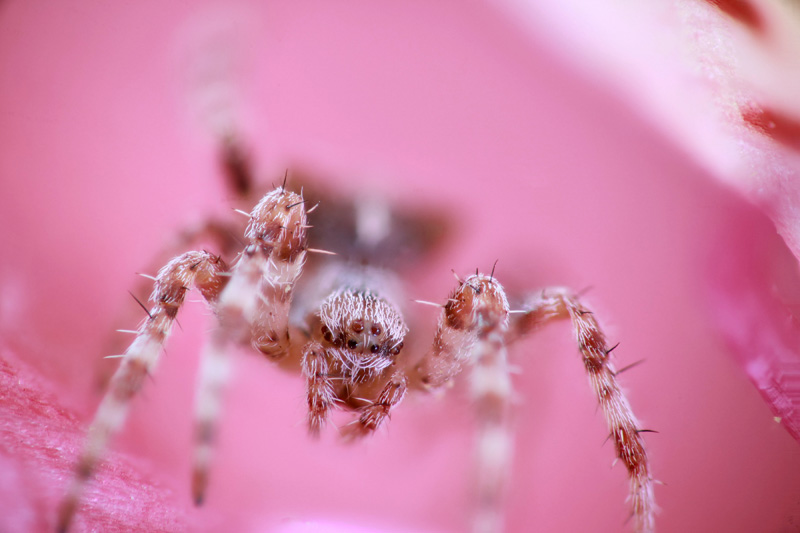 Moved so this was a stack of 20 I think - I made too many very small movements on the focus ring - intentionally left space to the top right, but accidentally cut the legs out of the frame - darn it. 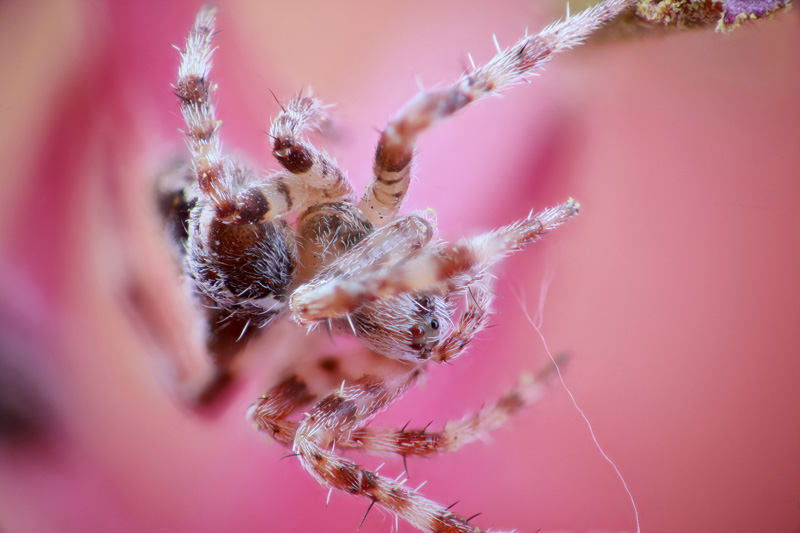 Ok my favorite, but something happened in the stack the bumbed me out. When I saw it in camera I could see more of the anther at the top right, and I also could see one leg pulling tight on the string of the web, (the portion in the frame was dangling loose the portion out of the frame was taut.) He was balancing hence the weird angle. Well those portions got cropped out in the stack process (myfault for not leaving enough room.) Anyway - I left it its original angle because no other angle looked natural to me. And can you notice the large hairless lump behind the 4th appendage? There is one on each side and I thought those were interesting even though i didn't know what they were?

I think the first one is my favorite. I really like the unusual composition in this shot!

Here is the abdomen - I think I can identify this spider as a Garden Orb Weaving Spider? Am I way off? Anyone have a suggestion? 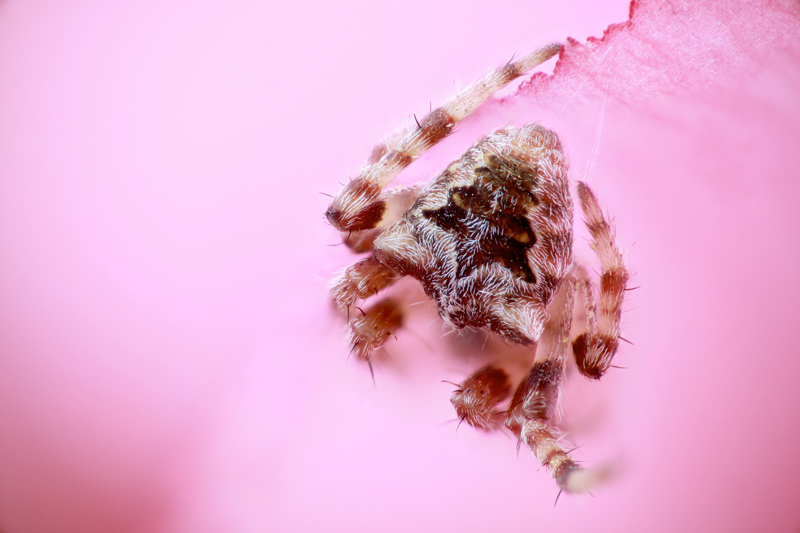