looks cute to me but im not normal

just wondering what is everyone's thoughts on chilling subjects for a shoot ? 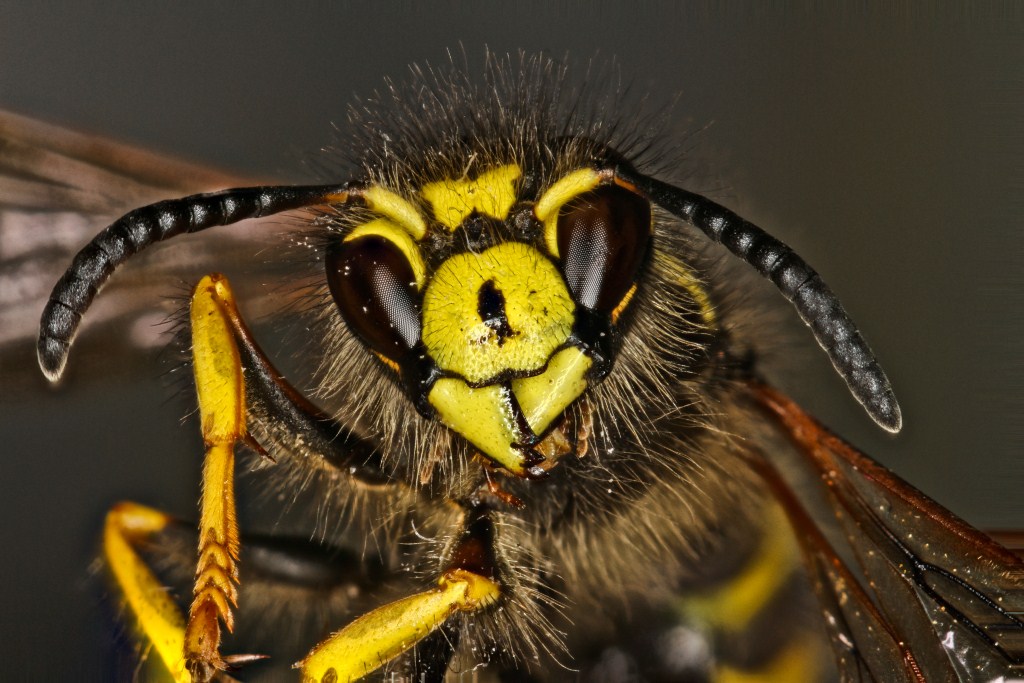 Personally, I deplore the practice. Unnecessary stress for the subject and usually, an unnatural looking result. I've been on butterfly watching holidays where insects are netted and then frozen for the gawpers - horrible imho.

You asked for an opinion and got mine. Sorry if it doesn't agree with yours, but that's what forums are all about.

I only ever treat my subjects with respect and always approach and move away from them really slowly to leave them as I found them, undisturbed in their natural habitat - I find the challenge of getting close to insects adds to the satisfaction of securing a good and natural looking macro photograph.

To be honest this thing here looks a lot more dead than alive.
Top

Well, there's a spectrum of opinions.

Just personally, and perhaps oddly, I find myself most in agreement with both extremes: either leave the beast completely undisturbed and show how it looks and acts in life, or accept the necessity of killing it to make a high quality detailed study. I do both of those quite frequently.

That said, I've also been known to confine live subjects under highly unusual conditions to get pictures that I couldn't get any other way. See for example Nabbing the speedy ground spider (Gnaphosidae), or even more extreme, Shooting "Face of a hobo, for sure!". There's always a big risk in that approach, though. I could very easily have killed the ground spider while attempting to corral it, and the hobo spider died within a couple of days of its photo session, cause of death unknown but the timing was suspicious.

My standard reference on ethics is the mini-essay that I wrote for photography-on-the.net. It's been discussed several times here at photomacrography.net.

I agree completely that the wasp image here looks a lot more dead than alive. Photographing a specimen that had been found dead would have avoided concerns from both camps.

Ahh, one more detail... The Nature Photography gallery here at photomacrography.net is specifically for "undisturbed subjects in their natural environment". I've moved this thread to Technical and Studio Photography, which is for "Images taken in a controlled environment or with a posed subject."

Do you drive a car? Ever found a dead insect on the front of it?
Is there a difference between killing a moskito to photograph it or killing it because it is sucking your blood?
I would love to be able to do a 100 frame stack of a live insect, but it is way beyond my capability. So I sometimes kill an insect just to photograph it. For single frame macro I enjoy photographing live subjects. Since I don't have the skill to make a dead insect look alive I have to live with the limitations of single frame macros. For high magnfication pictures of details the bug has to die.
I think my wife is killing far more insects because they are eating her plants.
I compensate somewhat by taking the bike to work and thereby saving a few insects from dying on the windshield of my car

death by car and squishing in self-defence are, at most, culpable insecticide but going out with the intent to kill is first degree murder...
Top

After some thought I have to conclude that, not too unusually for me, I am a hypocrite in regards to my ethics regarding insects. Even though people much more expert than myself are still uncertain as to what extent, if at all, insects (and other invertebrates) feel pain I try to err on the side of caution and not do anything that would needlessly stress a subject. But I do sometimes kill an insect to photograph if it is 'necessary' (using an ethyl-acetate killing jar). I also use insect spray and Borax to kill ants in the house even though I don't think they are doing anything I really should be concerned about. But on the other hand I save many insects that are trapped indoors by catching and releasing them outside - much to the bemused looks of my family.

There are obvious pluses to photographing insects. The scientific knowledge gained leads to a greater understanding and awareness of both individual species and ecosystems in general. Aesthetically, many people find macro images beautiful, inspiring empathy and awe. 'Bugs' that might previously have been dismissed as insignificant or unpleasant can be seen in a new light as incredibly complicated animals with complex, sometimes bizarre, behaviours.

And yes I eat beef, rationalising it by saying the animal is killed humanely but I've worked on a kill floor and have seen cattle 'processed', so I know it's not totally benign. And I eat fish even though I consider the hobby of fishing cruel. As an omnivore I weigh up the pros and cons.

I don't agree that killing an insect to photograph it is analogous to "first degree murder" - in my opinion it is far more complicated than that.
Geoff
Top

in my opinion it is far more complicated than that.

I'll definitely go along with "complicated".

Here's what I wrote six years ago, in that photography-on-the.net posting that I suspect most of this group has not read:


Hello! I'm new to your community here at P.O.T.N. But I wrote several of the postings that Namerifrats references at photomacrography.net. Perhaps I can help put those in context.

First, it's important to recognize that not all photographers of insects are "wildlife photographers". At least five of the people I work with are biologists who are using high magnification stacking as a way to produce high quality reference illustrations. One of them is working on identification keys for tabanid flies of eastern Canada, another on land snails of New Zealand, and so on. Trying to use the ethics of one group in the other group's work, either way, would produce some pretty strange effects.

Second, I think it's interesting to notice that the whole issue is not so much one of rational ethics as it is of perfectly valid emotional reaction. If rational ethics were all that's involved, it would be difficult to make a case for being concerned about the one insect in front of the camera, and not the tens of insects on the windshield of my car, or the thousands that got killed or displaced the last time I mowed the lawn, or the millions that got either pesticided or biologically excluded to grow the grain and vegetables in my vegan sandwich. (We won't even think about chicken salad.)

On the other hand, I completely agree that there seems to be something rather perverse about killing an insect just to make a pretty picture of it. Imagine a character in a movie saying something like "I loved this thing so much that I killed it and brought it home so I could keep it with me always and always." I don't know about you, but I think I would take that line as suggesting a character who's a bit deranged if not actually dangerous.

So there's the conflict that I confront. No matter how reviled a bug might be in normal context, if I make an attractive photograph of it, it becomes an object of attraction, and then I feel sympathy and sorrow for it.

This presents some very interesting situations. I am obligated by local law to kill the fruit flies that would otherwise make maggots in my backyard cherries. No problem, there are sprays to do that job, and everyone around appreciates the effort. (There are huge economic penalties if even a single maggot turns up in a commercial harvest. Besides, they spoil the cherries.) But if I kill one of the flies carefully and personally, and make even a decent clinical photograph of it (http://www.photomacrography.net/forum/v ... php?t=5134, second image), then suddenly it turns from villain to victim.

I think this is a fascinating effect, in large part because I feel it too.

So what to do, what to do? One approach I use is to keep a lookout for "found specimens" -- bugs that turn up dead but still fresh enough to photograph. The spiderwebs in my windows are handy for this. It seems acceptable to salvage a freshly killed lacewing whose head is still intact. The spider, of course, ends up short on his next meal, but it's the lacewing and not the spider who gets the sympathy in this case. When I photograph the spider, it's the other way around.

Complicated, eh? And fascinating, at least to me. Something to ponder, perhaps, the next time I'm eating lunch on the lawn thinking about photography.

Well said Rik. Sums up my thoughts on the topic exactly.
Top

Another thing to consider, I've had quite a few people say to me words to the effect that my pictures have made them Think about insects in a rather different way.

I like to think by sacrificing one Hornet, I've saved quite a few more... (Bad example because that Hornet was actually injured and couldn't fly, therefore wouldn't have lasted long anyway! But you get the idea hopefully)
Flickr | www.laurieknight.net | Blog
Top

I try to apply the same general guidelines people often use when approving or denying collection permits in ecological reserves. The main principle they (and I) use is that the collection should have negligible impact on the local population.

So I would not collect an uncommon, long-lived insect, like a Morpho butterfly. If I had a good reason to do so, I would not hesitate to collect an aphid or a worker ant or a social wasp or a mosquito. My collection of these is below the background noise on their natural daily mortality rate in the wild. It has no effect on the local population.

I don't think it is possible to have absolute ethical standards without being a hypocrite. We need to take into account ecology and demographics when deciding whether collecting of an individual of Species X is ethical.
Lou Jost
www.ecomingafoundation.wordpress.com
www.loujost.com
Top

Lou Jost wrote:...I don't think it is possible to have absolute ethical standards without being a hypocrite. We need to take into account ecology and demographics when deciding whether collecting of an individual of Species X is ethical.

I can't agree more. For me the question is more the ecological impact than the insect individual rights. I kill much more insects when driving or to avoid bitting me than when taking pictures, aside the amount of insects that farmers need to kill to produce the food I eat.
Pau
Top
Post Reply Previous topicNext topic
15 posts • Page 1 of 1