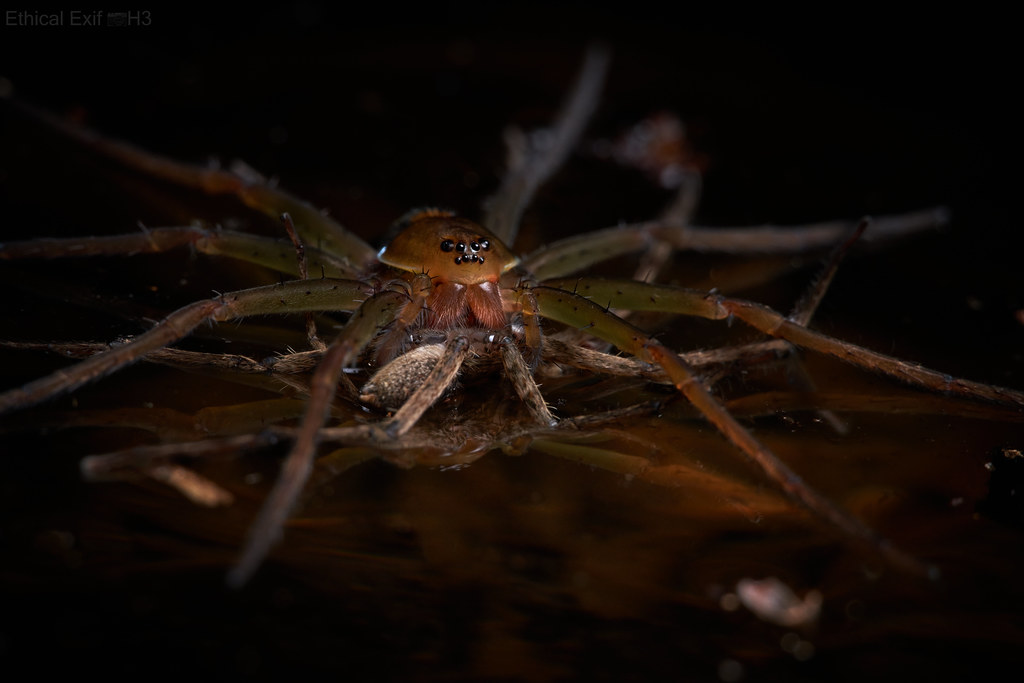 Net-casting spider (Deinopis sp.)
The spider waits until nightfall when her huge anterior median eyes provide an unrivalled night vision, their lenses with an f/0.58) mean they are able to concentrate light more efficiently than a cat (f/0.9) or an owl (f/1.1). She owes this sensitivity to the light activated molecule rhodopsin, tightly packed into a microvillar membrane (which dramatically increases the surface area). Amazingly, 1500 times as many photons reach the light receptors in her eyes than the rods in our own eyes. She even accomplished this without the presence of a tapetum, a reflective membrane used to concentrate available light in many other nocturnal animals. However her work is not done. The rhodopsin which enables her unparalleled night vision is so sensitive to light that daytime exposure would actually destroy it. Thus, at dawn, the spider spends the first 2 hours dismantling the light sensitive microvillar membrane and rhodopsin molecules. The latter subsequently migrate behind a protective pigment layer, effectively rendering them less sensitive to light. When dusk falls, the light sensitive membrane is once again renewed, web building is resumed and the hunt can begin anew. 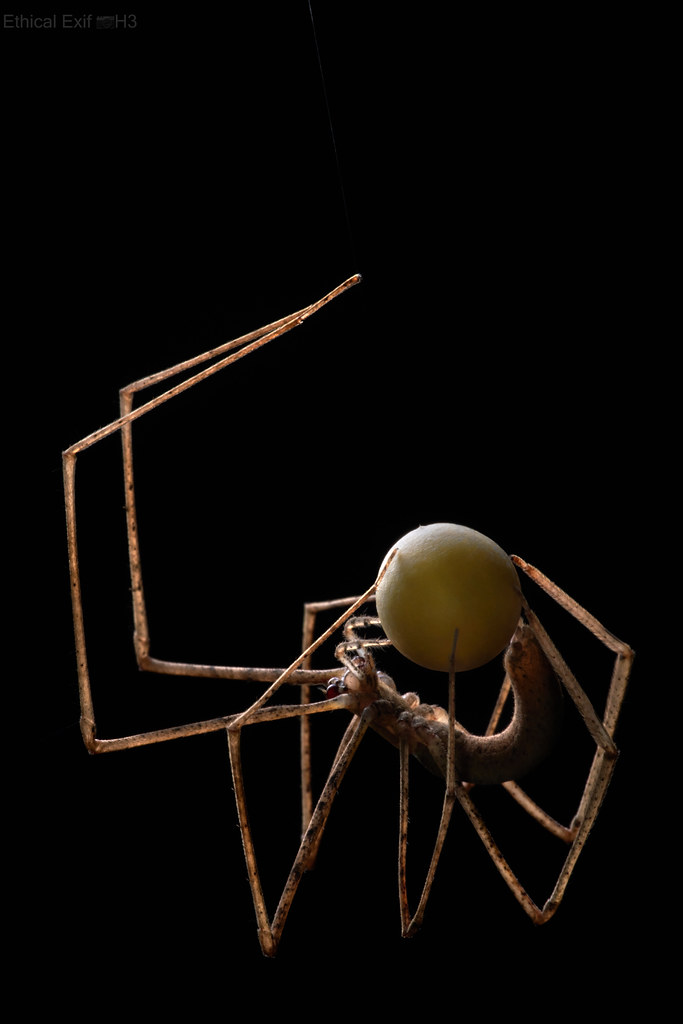 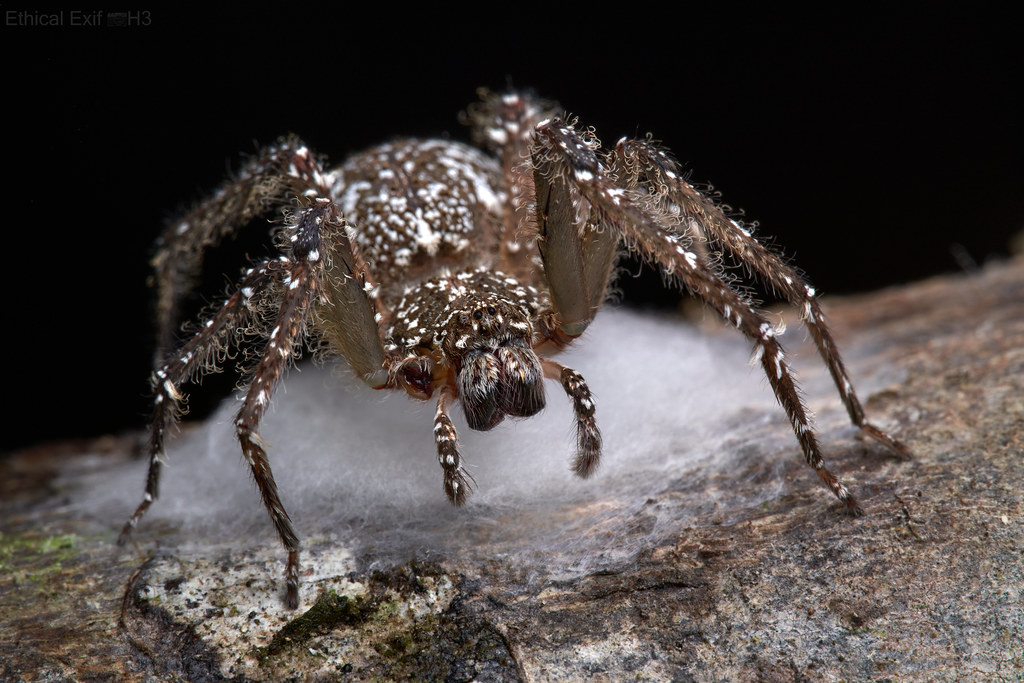 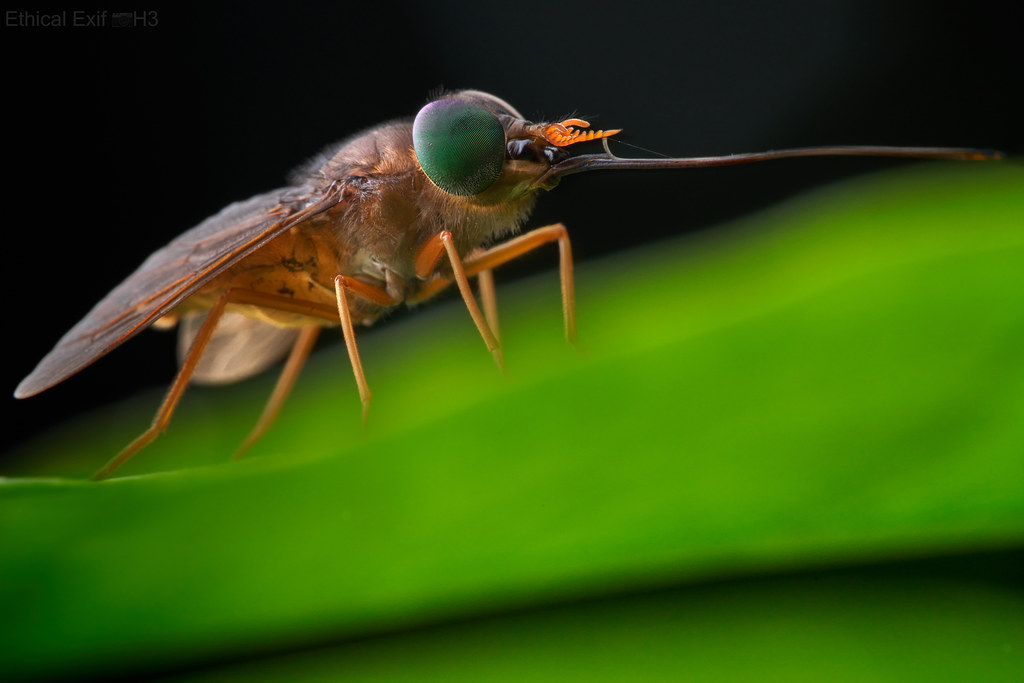 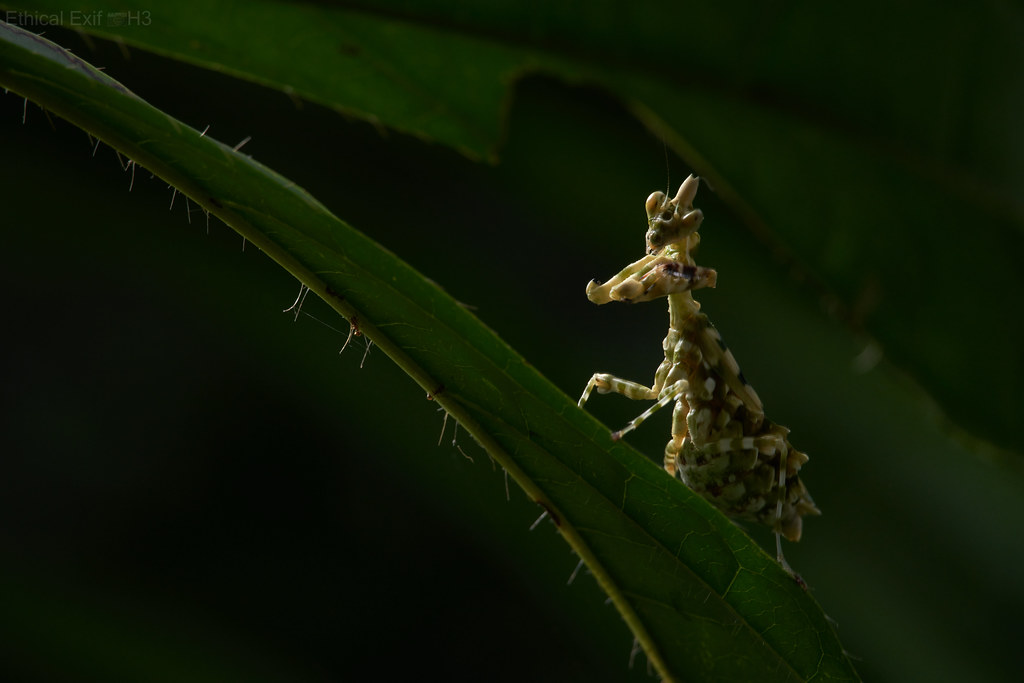 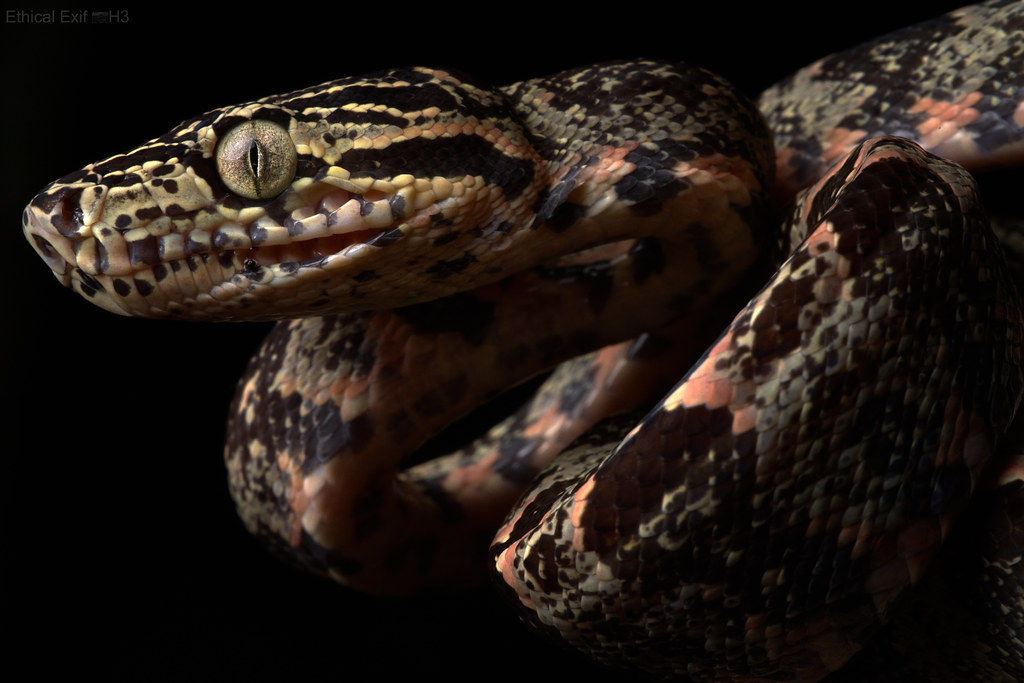 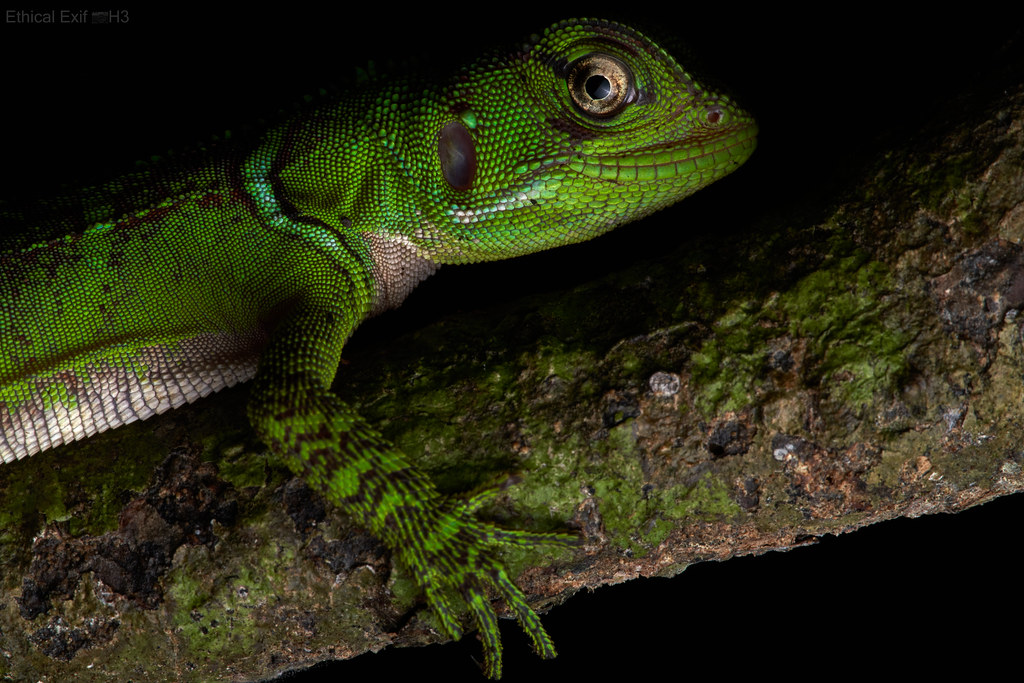 Very interesting narrative. The images are very nice and I admired your lighting of the subjects. Can you say how the lighting was setup and type? Thanks.

Great images and (IMO) superb composition. Thanks for posting these.
Top

IRT the net-casting spider, it is amazing how something as miraculous as the eye has diversified over time in so many diverse species of animals. Each animal being expertly equipped to deal with light intensity and availability in its own environment. I am often amazed at the evolutionary progress that the human eye has made over time until I read of something like this where the eye has been designed to be even more dramatically complicated and refined by evolution to meet the needs of its user. However, I am satisfied with things as they are, every rose has its thorns as it is said.

Thanks for the kind words Marc, Pete, and Ramos, most appreciated.

Marc - The short answer is that I use an off-shoe photoflex lightdome XS and a 5-in-1 reflector. The longer answer is that I generally employ first principles with respect to light. In practice that means understanding how light will reflect off of or be absorbed by the different substrates or backgrounds. I'll generally wear a white shirt so that I can position the flash behind the subject for backlighting/edge detail, and get a little bounce back onto the front of the subject. At night or for motionless subjects I might use a longer exposure and manually hit the pilot light of the flash in order to fire multiple flashes from different angles. If the subject is on the ground I'll generally have the flash on the ground with the reflector leaned against it to create a sort of light tent to get good coverage. It really depends on the situation. It's also important to know the limitations of flash and lighting and when to overexpose so that you can recover and create the composition you want in post-processing if the tools (or the situation) aren't available in the field. Hope that helps.
Paul
https://rainforests.smugmug.com/
http://www.flickr.com/photos/31137609@N08/
http://pbertner.wordpress.com/
Top