I am happy to see that your system is already fully operational ... This test has been a success that justifies the development ... now comes the improvement of the photographic technique.

Since you have a great interest in the photography of electrical circuits, there is one aspect that I wanted to comment on.

I have tried to photograph a silicon wafer sometime, ... but more as a means to test lenses. (in the path of Robert).

But when I tried to do a stacking + stitching, I usually encounter a difficulty: The fact that the same pattern is repeated many times along the surface of the silicon wafer (as in the last image you show).

This makes the stitching programs confused ... A solution that sometimes works, (at least in PTGUI), is not to stitching with all the images from the beginning, .. but to go adding the images in different groups. .

Yes, these repeated patterns are an issue for sure. I encountered them long ago (~2006) when I first starting trying to image silicon chips/wafers with stitches. I had manipulated PS to work, but this required lots of extra effort and as you mentioned using smaller sections so it wouldn't "choke" on the large number of tiles. I tried all sorts of things, some would work on certain images, but not on others.

Rik asked if I had tried PTgui (which I had not) and offered to try and stitch a particularly difficult stitch set. It worked, and I tried it and also got it to work without much effort.

This particular image was more troublesome for PTgui tho. I have tried smaller sections with PTgui without success on this image set, but haven't really spent the time I need, which I plan to do over the holidays. So, ended up just doing a manual stitch without any image adjustments.

My main concern with this S&S session was to really put the S&S system thru it's early paces without any intervention, not necessarily getting a good image result. This chip/wafer/sliver seems like a daunting task (30 tiles) @ 5X with deep tilt, so I just "went for it" at the get go!! Outside the small hiccup (Murphy got me) at first, it went splendidly

Later I'll again attempt an automated stitch with PTgui, and if successful I'll probably try and clean the image up for a better presentation.

I think we're like before, ... maybe I'm doing something wrong, but I can not zoom or download your image...

Can you make a link like the previous one?

I think we're like before, ... maybe I'm doing something wrong, but I can not zoom or download your image...

Can you make a link like the previous one?

I just tried the link above an it works, not sure why the new link doesn't. So can download the file with the above link I think.

I'll try and look into this later with the link I just posted on this thread.

Mike, You're right, I could download the image from the previous link, http://img.gg/10oj9Jm

I had not seen it

I think I observed small scale changes between the different images of stitching, although in theory the Mitutoyo 5X should behave as practically telecentric, is it correct?
Ramón Dolz
Top

I had not seen it

I think I observed small scale changes between the different images of stitching, although in theory the Mitutoyo 5X should behave as practically telecentric, is it correct?


Here's a link that should work OK.

Yes, there were some scale changes that can be seen, as well as my pitiful stitching job

The Mitutoyo 5X should be close to telecentric I recall, but the small variation shouldn't bother the stack and stitching programs I would think. Zerene was run with all alignment and image features OFF, and it didn't show any signs of having difficulty. This is a pretty deep stack ~8mm deep I recall from lower tip to upper tip of wafer sliver (at my office now and don't have access to files), so I would expect some small image scale changes. Within any tile there was a maximum of 109 25 micron steps.

I was able to get PTgui to stitch the sections together with a little coaching. I've uploaded the file (Long_Stack_Test_7_PTGUI_2) here.

Nothing other than getting this to stitch together with default parameters has been done to the image, no PS editing, just images directly from Zerene as mentioned. Final image rendered as 21793 by 20314 pixels (443MP).

Now I need Santa to get me the proper paid version of PTgui!!

The big stitch looks good. I downloaded at full resolution and could not find any stitching errors in several minutes of study.

I also checked for scale changes, and I agree that there is a very slight change of scale from one end to the other -- about 0.5% from lower left to upper right, measured by comparing distances between matching features on the wafer.

The procedure that Mike describes would have prevented the stack output images from having any scale differences or perspective distortion.

Mike mentions "default parameters" for the stitching, and I think the default settings for PTGui end up forcing the same scale (lens focal length) for each image. So, I'm thinking that the change of scale was introduced by PTGui as a side effect of approximating a flat stitch as a very narrow angle spherical stitch.

Mike, if you want some help teasing that apart, send me PTGui's .pts project file by email. (You might not be able to save a project file with PTGui in trial. If not, then perhaps after Santa's visit.)

Probably wasting your time as usual. I just did a *test stitch* with one of my wafers mosaic image sets that I shot long ago using ImageJ and the Grid/Collection stitching plugin. No issues on my end. Both are free. I also own PTGui v11.8, not that it matters. It may not work with your particular set but it did with mine.

Here's what I used. I think ImageJ is a pretty impressive program.

Here's the plugin for ImageJ; 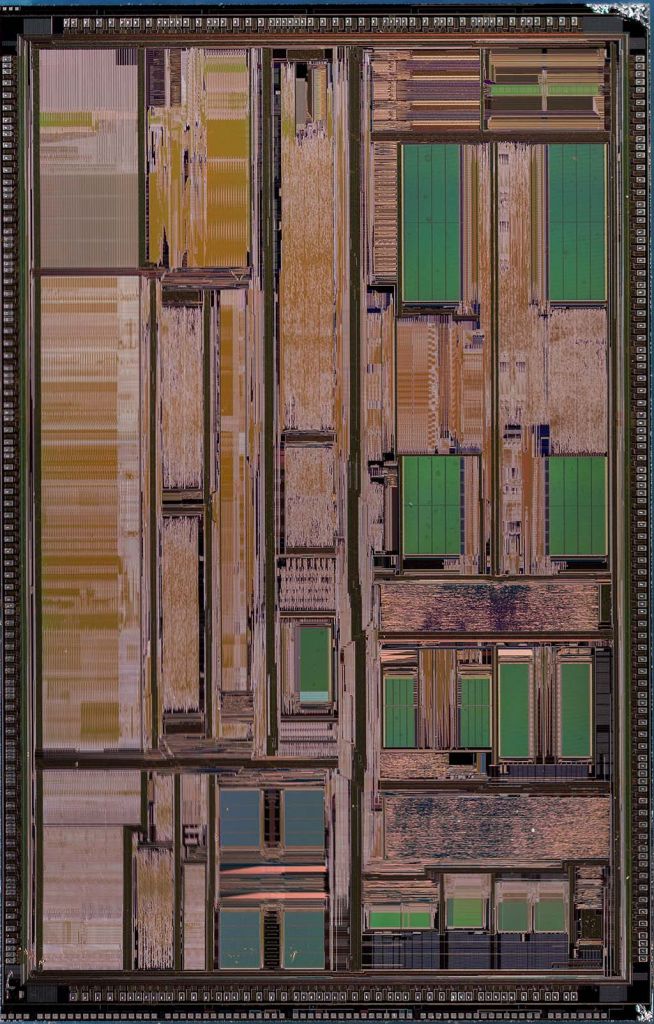 Yes, very interesting to me.


There are a number of programs available for stitching images acquired in Micro-Manager, or stitching images more generally. For images acquired from Micro-Manager, the simplest option is to use the Grid/Collection Stitching Plugin. This is installed by default in the Fiji distribution. The major disadvantage to this program is that it will not stitch images larger than 2.14 gigapixels.

Does anyone know of any readily available hardware which will run with micro-manager at surplus prices?

micro manager can directly interface with a wide variety of stages and other peripherals. See section Stages, filter wheels, shutters of the Micro Manager device support (1) for details. These are however mostly very expensive but from time to time and with patience you may get lucky on Ebay. I use a Prior Proscan II stage i got this way.

There is a project documented called "Openstage" which provides instructions on a (relatively) low-cost DIY stage for microscopy (2). There was some discussion on the micro manager mailing list but AFAIK there is no device adapter to drive such a stage from MM (3).

Stitching images acquired by micro manager works ok - i do this regularly - however there are some issues. For example MM misbehaves when acquiring multiple tiled regions for stitching. When you know where to work around MM is a valuable tool.

That is very helpful Peter.

Thank you for providing the information.

Santa came early, and I purchased PTgui. I've reloaded the image on Nikon Image Space without the watermarks and cropped smaller, and another from a session just completed where a small light tent was used to help diffuse the light. Be sure to download the image to see the detail.

Best,
Research is like a treasure hunt, you don't know where to look or what you'll find!
~Mike
Top
Post Reply Previous topicNext topic
28 posts