I was sold as such but I'm wondering why the word is missing. It's a Cine lens.
I don't recognize the small symbol. 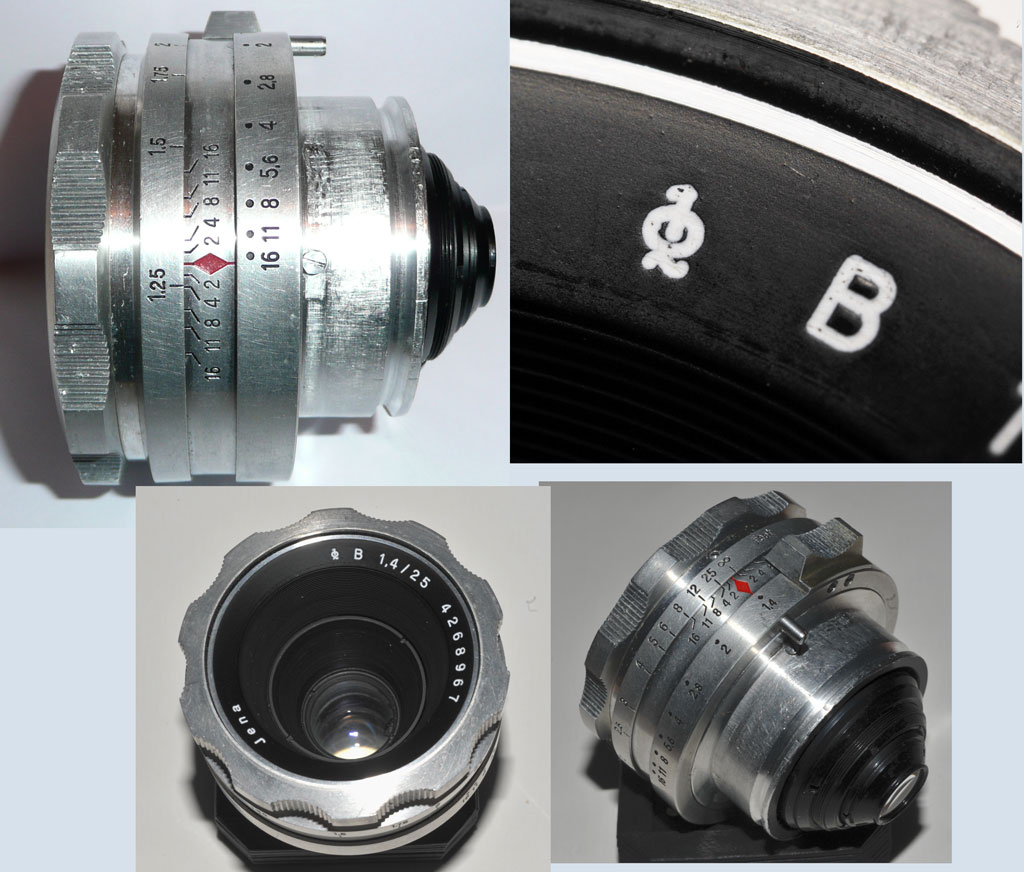 Did a Web search but could not find much other than this early Zeiss Tessar that seems to have the same symbol. 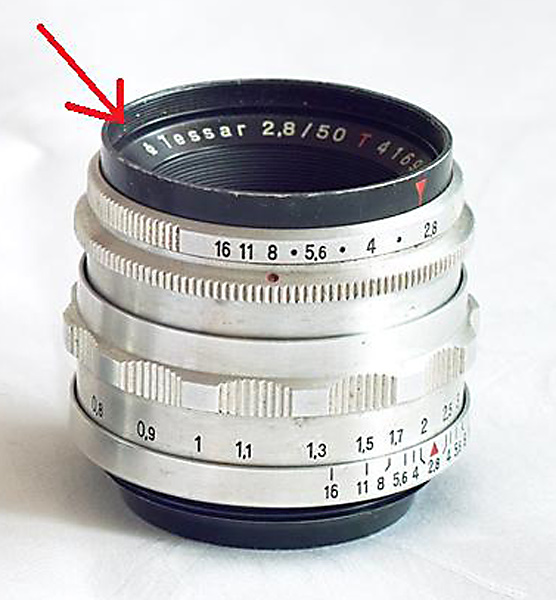 Thanks
Just found another, so it seems to be pukka.

I've never found a Zeiss lens to be poor, though the Tessar on my boyhood Praktica wasn't brilliant.
The pic above isn't it, by the way. I wonder what happened to it!
Top

It's probable yours is a Post WWII E. German lens as the following quote says "in some markets referred just as "Jena":-

"if it's a post-WWII East German Zeiss lens. Between 1945 and 1990, there were two German companies with the Carl Zeiss name: Carl Zeiss Oberkochen in West-Germany and Carl Zeiss Jena in the East (German Democratic Republic/ DDR), both producing lenses: Carl Zeiss Oberkochen for the Contax Rangefinder, Icarex, Contax SLR made in Japan, and Hasselblad cameras. Carl Zeiss Jena (in some markets referred just as "Jena") made lenses for the East-German Contax-S, Pentacon, Exakta, Praktika, and other M42 SLR lenses.

Carl Zeiss West made very few M42-lenses for the Zeiss Voigtländer Icarex 35S TM. It must be added that not all Carl Zeiss (West) lenses were made in Germany. Since 1970's the "volume" series for the Contax (Japan) SLR including the Planar 1.4/50 were made at Kyocera in Japan with quality assurance by Zeiss. These lenses were engraved "Made in Japan" in opposite to "Made in West-Germany."

Not all Zeiss lenses seem to bear their name as the above quote said but just "Jena". The UV lens in the following link is just marked "Jena" like yours:-

"History: Carl Zeiss was based in Jena until the end of WW2. Jena
found itself in the Soviet occupied zone of Germany, soon to become
the German Democratic Republic - East Germany. Many Carl Zeiss
technicians fled to the west and re-established the Carl Zeiss company
at Oberkochen, but some remained at Jena. A small number transferred
to the USSR with the Contax production line which was moved to Kiev.

Until the 1990s, the two Carl Zeiss companies operated separately
under agreements about usage of the brand names. Following the
unification of Germany, the Carl Zeiss Jena brand became defunct and
the remains of that company operate under the new brand Jenoptik."

Lenses now under the Zeiss name are often made under licence by Japanese manufacturers. Cosina even makes the highly aclaimed manual focus "Zeiss" lenses in Nikon and Canon fit, even though in the past being associated with cheap cameras:-

Even Leica lenses have been made by Minolta in the past:-

To be honest these days so much work is outsourced you don't really know who makes much of your camera equipment or lenses, which are then often just badged with a "marque" name.

It is rather old thread but I think unsolved, so a quote from: http://www.doublegunshop.com/forums/ubb ... d7d6ab57c4